Connect
To Top
NewsMarch 23, 2015 This post may contain affiliate links 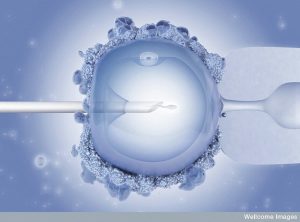 In a paper published online on Thursday, March 19, 2015, scientists report that the incidence of diagnosed autism was twice as high for assisted reproductive technology (ART) as non-ART births among the nearly 6 million children in their study born in California from 1997 through 2007. However, much of the association between ART and autism was explained by age and education of the mother as well as adverse perinatal outcomes, especially multiple births. After accounting for these factors, the study showed an elevated risk only for mothers ages 20 to 34.

Notably, the study reported no significant increased risk of autism for women who gave birth to singleton children. “These results indicate that the higher autism risk may be due mainly to the large numbers of multiple births and complications of pregnancy and delivery among children conceived with ART,” said Christine Fountain, assistant professor of sociology at Fordham University and affiliated researcher at Columbia University.

ART includes several techniques of assisted reproduction such as in vitro fertilization, in which both egg and sperm are handled. Autism impairs social interaction and predisposes children to restrictive and repetitive behaviors. Over the past three decades, California has witnessed a very large spike in autism cases, as have many other areas of the United States.

The study — a large collaboration between researchers at Columbia University, Fordham University, and the Centers for Disease Control and Prevention (CDC) — was published by the American Journal of Public Health. The study was based on a massive linkage of different kinds of records from the California Birth Master Files for 1997 through 2007, the California Department of Developmental Services autism caseload for 1997 through 2011, and the Centers for Disease Control and Prevention’s National ART Surveillance System for live births in 1997 through 2007.

“This study of the relationship between ART and autism is the largest to date,” said Dmitry Kissin, health scientist in CDC’s Division of Reproductive Health. “The results indicate that reducing multiple births during ART may be beneficial for decreasing the risk of autism.”

Peter Bearman, Cole Professor of the Social Sciences and the lead investigator at Columbia University said, “While the risk of ART with respect to autism appears to be largely modifiable by restricting the procedure to single-embryo transfer, more research is needed to understand the precise mechanisms by which ART and autism are linked.”

The study was supported by a National Institutes of Health Pioneer Grant, given to scientists pursuing new strategies to improve health, and an NIH R21 grant for exploratory research and was conducted through Columbia University’s Interdisciplinary Center for Innovative Theory and Empirics. More information on this study can be found at http://incite.columbia.edu.