Connect
To Top
BlogApril 26, 2012 This post may contain affiliate links

Flonase as a Safe Allergy Medication While Breastfeeding 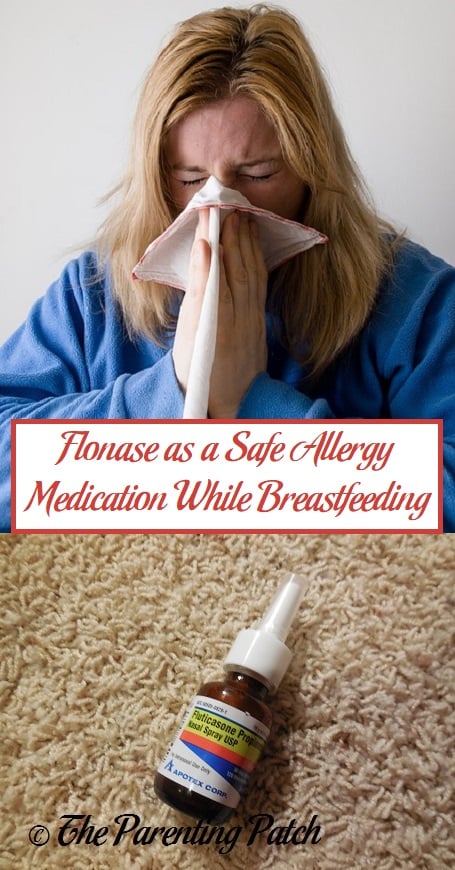 Which medications are safe to take for colds and allergies while breastfeeding? As soon as my daughter was born back in December, I began researching the answer to this question. I suffer from pretty terrible allergies. Without some sort of medication, my nose becomes so congested and runny that I can no longer breathe properly. Worse yet, when my nasal allergy symptoms get really bad, I cannot sleep properly or at all, which is really bad for my health. I also get watery eyes, skin irritation, and difficulty breathing.

Throughout my pregnancy with my daughter, I took Benadryl to help relieve my allergy symptoms. By taking one pill at bedtime, I was able to get a few good hours of sleep because my symptoms came back. During the day, I would also occasionally take half a pill when my nose got really stuffy and runny. Diphenhydramine, the active medication in Benadryl, is a category B drug during pregnancy and a category L2 drug during breastfeeding. L2 means the allergy medication is safer for breastfeeding mom-baby pairs: “Drug which has been studied in a limited number of breastfeeding women without an increase in adverse effects in the infant; and/or, the evidence of a demonstrated risk which is likely to follow use of this medication in a breastfeeding woman is remote.” However, because Benadryl makes me sleepy, I needed to find a different solution once my daughter was born. Furthermore, Benadryl can also cause problems with milk supply. Because I am exclusively breastfeeding my daughter, I needed a medication that dried up my nose without drying up my milk. 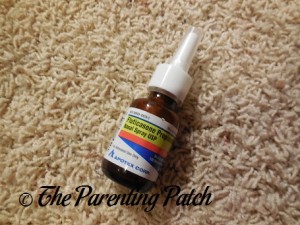 Prior to trying to conceive, I had been on Flonase for my allergies. Flonase is a nasal steroid. Because steroids are not good for a developing baby, I had stopped using my Flonase even before my husband and I started trying to conceive our daughter. Unfortunately for me, Flonase is one of the only medications that fully relieves my nasal allergy symptoms. I will admit that I was rather miserable in terms of my allergies during most of my pregnancy.

Fortunately, however, Flonase is considered one of the safest allergy medications for mothers who are breastfeeding. Fluticasone, the drug in Flonase, is a category L3 breastfeeding medication: “There are no controlled studies in breastfeeding women; however, the risk of untoward effects to a breastfed infant is possible; or, controlled studies show only minimal non-threatening adverse effects. Drugs should be given only if the potential benefit justifies the potential risk to the infant.” According to Medications and Mothers’ Milk, although there is not yet research of the effects of nasal steroids on breastfeeding babies, the amount of the drug found in plasma levels is so low that the amount of the drug that would be passed into breast milk is even lower. Thus, a few days after I gave birth to my daughter, I called my nurse practitioner and requested a new prescription for my allergy medication. I had had enough of not being able to breathe!

I am happy to say that my nasal allergy symptoms are back under control. I in no way regret giving up my Flonase while I was pregnant with my daughter. Her health and safety is most important to me. However, I will also admit that I am overjoyed now that I can take my allergy medication while breastfeeding! Update: As of the summer of 2015, Flonase became available over-the-counter, which overjoyed me even more. I no longer need a prescription to prevent and treat my nasal allergy symptoms while breastfeeding.

What did you do about your allergies while breastfeeding?