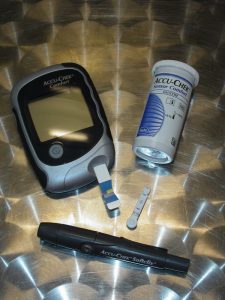 A recent study published in the Archives of Pediatrics & Adolescent Medicine has found a possible link between mothers with gestational diabetes (pregnancy diabetes) and children who develop attention-deficit/hyperactivity disorder (ADHD).

Gestational diabetes typically develops in the second or third trimester and is often the product of a poor diet, lack of exercise, or being overweight. Because of an increase in obese people in America, the number of gestational diabetes cases continues to skyrocket with an estimated two to ten percent of pregnant women being diagnosed with the disease during pregnancy.

The new study does not prove that gestational diabetes leads to ADHD; however, it does show how the two problems are linked through basic statistical analysis.

Researchers from the Mount Sinai School of Medicine in New York led by Dr. Yoko Nomura interviewed 212 preschoolers for their study; the researchers found through questions and testing from parents and teachers that two-thirds of those children were at risk of ADHD.

The study then found that twenty-one mothers had been diagnosed with gestational diabetes while pregnant.

While researchers are still not sure why the link exists, they believe it could have to do with extra glucose in the blood passing through to the placenta during gestation. Because diabetes effects oxygen and iron levels in the blood, the baby’s brain may not develop as it should.