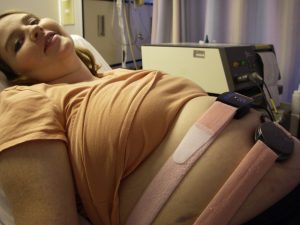 Gestational diabetes during pregnancy increases the risk for future health problems among mothers and babies. Now a new study published in the journal JAMA finds that intrauterine exposure to gestational diabetes mellitus diagnosed by 26 weeks of gestation is associated with an increased risk of autism spectrum disorder (ASD) among children. Women newly diagnosed with diabetes by the twenty-sixth week of pregnancy were 42 percent more likely to have a child diagnosed with autism.

Autism is a developmental disorder that manifests during the first three years of life. The disorder is characterized by impaired social interaction and verbal and non-verbal communication and by restricted, repetitive, or stereotyped behavior. Autism currently affects one in 68 children in the United States. Boys are almost five times more likely to suffer from the disorder than girls.

For the present study, researchers led by Anny H. Xiang, Ph.D., of Kaiser Permanente Southern California analyzed data from a single health care system to assess the association, if any, between maternal diabetes before and during pregnancy and the risk of autism among children.

The researchers analyzed data from a group of 322,323 children born between 1995 and 2009 at Kaiser Permanente Southern California (KPSC) hospitals. The data tracked the children from birth until the first of (1) date of clinical diagnosis of ASD, (2) last date of continuous KPSC health plan membership, (3) death due to any cause, or (4) December 31, 2012.

After adjusting for various factors including maternal age, household income, race, ethnicity, and sex of the child, the researchers found that gestational diabetes diagnosed by 26 weeks was significantly associated with risk of autism among children. The increased risk was independent of maternal smoking, prepregnancy body mass index, and gestational weight gain.

Antidiabetic medication use was not independently associated with autism risk among children. The researchers also did not find an association between maternal pre-existing type 2 diabetes and an increased risk of ASD.

The researchers additionally hypothesize that potential biological mechanisms linking gestational diabetes and autism risk among children  may include multiple pathways such as hypoxia (a lower-than-normal concentration of oxygen in the blood) in the fetus, oxidative stress in cord blood and placental tissue, chronic inflammation, and epigenetics.

The results of the present study add to the growing body of evidence indicating that autism begins during fetal development.