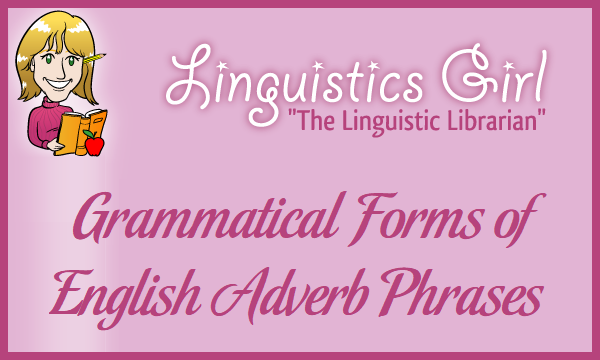 An adverb phrase is a phrase in which an adverb functions as the head of the phrase plus any modifiers. The only grammatical form that appears within the internal structure of English adverb phrases is the adverb phrase.

An adverb phrase can firstly consist of a single adverb. Notional grammars define adverbs as “words that describes verbs, adjectives, and other adverbs.” For example, the following adverbs form adverb phrases:

Adverb phrase is a grammatical form.