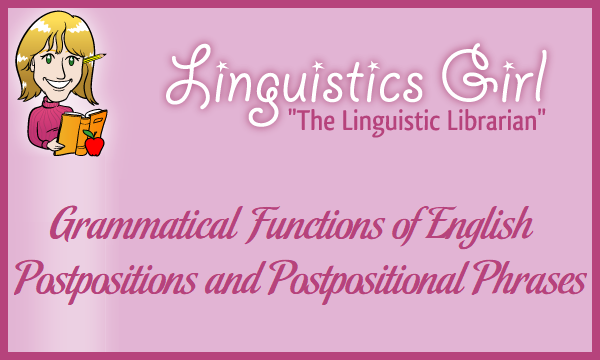 The following sections explain and exemplify the three grammatical functions of postpositional phrases in English grammar.