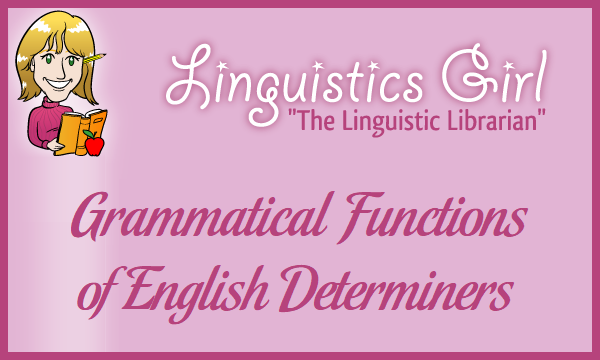 The only grammatical function that determiners perform is the determinative. Determinatives are words and phrases that express additional information such as definiteness, proximity, quantity, and relationships about a noun phrase or verb phrase in the form of a present participle. For example, the following italicized determiners function as determinatives:

Additionally multiple determiners in the form of a determiner phrase can function as a determinative in English grammar. For example:

The one grammatical function of determiners in English grammar is the determinative.