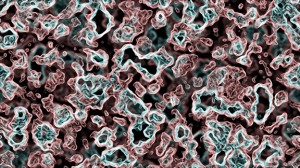 As more and more research unveils the protective benefits of the gut microbiota, a new study as published in the Proceedings of the National Academy of Sciences concludes that Clostridia, a common class of gut bacteria, provides protection against food allergies.

A food allergy is an exaggerated immune response triggered by a specific food. Common food allergens include eggs, nuts, milk, peanuts, fish, shellfish, strawberries, and tomatoes. Food allergies can cause severe symptoms or even a life-threatening reaction known as anaphylaxis, which typically manifests as a number of symptoms including an itchy rash, throat swelling, and low blood pressure.

According to the Centers for Disease Control and Prevention (CDC) in the United States, food allergies have increased by 18% in the country between 1997 and 2007.

For the present study, researchers led by Cathryn Nagler, PhD, Bunning Food Allergy Professor at the University of Chicago, examined the role of gut bacteria in food allergies. Using a rodent model, the researchers exposed germ-free mice and mice treated with antibiotics as newborns to peanut allergens. The germ-free mice lacked gut bacteria while the mice treated with antibiotics had fewer gut bacteria compared to mice born and raised in a typical environment.

Both groups of mice produced significantly higher levels of antibodies against peanut allergens than mice with normal gut bacteria. In other words, fewer or no gut microbes results in food allergies.

“Environmental stimuli such as antibiotic overuse, high fat diets, caesarean birth, removal of common pathogens and even formula feeding have affected the microbiota with which we’ve co-evolved. Our results suggest this could contribute to the increasing susceptibility to food allergies.”

To further support the protective role of gut bacteria against food allergies, the researchers also discovered that reintroducing a mix of Clostridia bacteria back into the mice could reverse the sensitization to food allergens.

Current Western lifestyle choices including the overuse and misuse of antibiotics, high fat diets, high cesarean section rates, and formula feeding instead of breastfeeding all can negatively affect the delicate balance of microbes in the gut.

“There are many diseases called ‘diseases of the western lifestyle,’ like diabetes, inflammatory bowel disease, and obesity, that are all increasing along with allergic disease. All of these have now been linked to the influence of the bacteria that live in our intestines.”

The researchers hope that the current findings will aid in the development of novel approaches to prevent or treat food allergy based on modulating the composition of the gut microbiota.

Another recent study concluded that gut microbes may play a role in the development of type 1 diabetes.