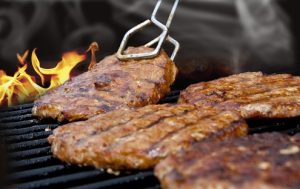 High-protein diets may increase the risk of kidney disease such as kidney stones and other renal diseases, says a new study from researchers at the University of Granada in Spain.

An example of a high-protein diet includes the Dukan Diet. High-protein diets should not be confused with low-carb diets such as the Atkins Diet, which often also include large amounts of fat.

The high-protein diet designed by Dr. Pierre Dukan gained popularity after reports that the diet helped the Duchess of Cambridge lose enough weight to fit into her wedding dress and allegedly helped Jennifer Lopez restore her postpartum figure. An estimated two million people follow the diet in France.

However, high-protein diets such as the Dukan Diet are not without controversy. The British Dietary Association ranked the diet as the number one diet to avoid in 2010, 2011, and 2012. Diets consisting of excessive protein intake (defined as more than 200 grams of protein per day) often lack an intake of other essential nutrients such as carbohydrates and fat. Inadequate and excessive amounts of any one calorie type can lead to health problems and even death.

Even Dr. Dukan, who was banned from practicing as a general practitioner in France in 2013, has warned about the health issues associated with a high-protein diet including lack of energy, constipation, vitamin and mineral deficiencies, and bad breath. Many high-protein foods such as meat are notably lacking in fiber.

Additionally, although high-protein diets can lead to weight loss, a 2012 study found that 80 percent of Dukan Diet followers regained their lost weight within 36 months. Extreme fluctuation in body weight can cause hypertension, diabetes, and heart disease.

In the present study performed in Spain, the researchers used a rodent model to investigate the effects of a high-protein diet. One group of rats was fed a diet with a 45 percent protein level. A control group was fed a diet of normal protein levels.

Over a period of 12 weeks, the equivalent of nine years in human terms, the rats on the high-protein diet lost 10 percent of their body weight.

Low citrate levels and swollen kidneys are risk factors for kidney stone formation. Increased urinary pH levels are a symptom of kidney failure and kidney tubular acidosis as well as other health problems.

In other words, a high-protein diet appears to increase the risk of kidney disease.

The researchers do caution that additional studies need to be conducted on humans:

“Studies developed in humans have also observed very similar results in plasma and urine to what we observed in rats. However, the important thing is not to alarm the population. We just showed a less favorable renal profile, which could bring long-term renal complications in some individuals most prone to or at increased risk of renal disease.”

However, Dr. Virginia A. Aparicio, one of the authors on the study, told Medical News Today: “Eating large amounts of fruit and vegetables reduces the risk of kidney stones forming. Probably due to their high potassium and magnesium content, which compensates for the acidity of the high-protein diet.”