Connect
To Top
NewsDecember 12, 2014 This post may contain affiliate links

Why Do Homebirth Rates Remain So Low? 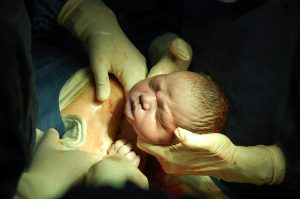 As a mother of two babies born at home, I often wonder about the low rate of homebirths in many developed countries around the world. Two recent articles published in the journal Health, Risk & Society offer some insight to the reasons that home birth rates remain so low despite evidence that the practice minimizes the risk of medical intervention and hospital infection.

The new guidelines on childbirth in the United Kingdom from the National Institute for Health and Care Excellence (NICE) make clear that homebirth is safe for most women, protecting mothers from unncessary medical interventions and the risk of hospital infection. However, homebirth accounts for only 2.5 percent of all births in the UK.

In a study of midwifery practice using ethnographic fieldwork entitled “Fateful moments and the categorisation of risk: Midwifery practice and the ever-narrowing window of normality during childbirth,” first author Mandie Scamell of the Department of Midwifery at the Florence Nightingale School of Nursing and Midwifery at King’s College London reveals that midwives aspire to provide normal deliveries but paradoxically can categorize a birth as normal only after baby arrives safely and both mother and baby are confirmed well because of an awareness of the ever present possibility of harmful outcomes and the subsequent blame that the midwife would receive.

Comment the authors on this paradox in the abstract of the article:

“We start our analysis with a discussion of the nature of childbirth as a fateful moment in the lives of those involved, and consider the ways in which this fateful moment is structured in contemporary society. In this discussion, we highlight a major paradox; although normal childbirth is both highly valued and associated with good outcomes in countries like the UK, there has been an apparent relentless expansion of ‘the birth machine’ whereby birth is increasingly defined through the medicalised practices of intensive surveillance and technocratic intervention.”

This paradox creates a context in which women largely choose hospital birth over homebirth despite evidence of the safety of homebirth.

In “To what extent are women free to choose where to give birth? How discourses of risk, blame and responsibility influence birth place decisions,” first author Kirstie Coxon of the Division of Women’s Health at the Women’s Health Academic Centre of King’s College London further explores the cultural and social factors that influence the choice of birth location.

Using a longitudinal narrative study of pregnant women at three maternity services in England between October 2009 and November 2010, the researchers uncovered that hospital birth with access to medical care remained the default option for the majority of women. Furthermore, women giving birth in the hospital conceptualized birth as medically risky.

Even among the minority of women choosing to give birth outside the hospital, emphasis remained on the intention and obligation to seek medical care if necessary.

In other words, women tend to view birth through a lens of risk.

As the authors state in the abstract of the study:

“Using sociocultural theories of risk to focus our analysis, we argue that planning place of birth is mediated by cultural and historical associations between birth and safety, and further influenced by prominent contemporary narratives of risk, blame and the responsibility. We conclude that even with high-level support for ‘alternative’ settings for birth, these discourses constrain women’s decisions, and effectively limit opportunities for planning birth in settings other than hospital labour wards.”

As both studies conclude, cultural and social factors significantly influence where a woman chooses to give birth. Despite evidence that supports the safety of homebirth for most women, homebirth levels remain low because the medicalization of birth positions birth as medically risky. For more women to give birth at home requires a culture shift that repositions homebirth positioned as a culturally normative and acceptable practice.

Fateful moments and the categorisation of risk: Midwifery practice and the ever-narrowing window of normality during childbirth: http://www.tandfonline.com/doi/abs/10.1080/13698575.2012.661041?journalCode=chrs20#.VItrOCvF8xF
To what extent are women free to choose where to give birth? How discourses of risk, blame and responsibility influence birth place decisions: http://www.tandfonline.com/doi/full/10.1080/13698575.2013.859231#.VItrNyvF8xF
Why do home birth rates remain so low despite evidence that they minimise the risk of medical intervention and hospital infection?: http://www.medicalnewstoday.com/releases/286821.php