Repurposing old plastic bottles into sensory bottles is a fun activity to do with a young child. In my house, my daughter has an ever-growing collection of sensory bottles that we have made together. Our most recent creation was a glitter and oil sensory bottle. 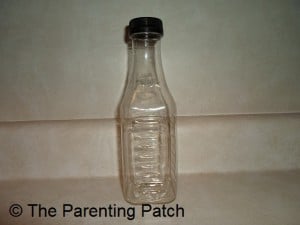 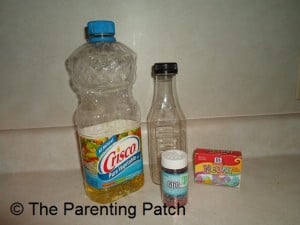 To make the glitter and oil sensory bottle, I first washed out an old plastic tea bottle from which I had removed the label. I then gathered my materials, which included vegetable oil, glitter, food coloring, water, and electrical tape. Using a makeshift funnel that I created out of an old piece of paper, I poured some glitter into the bottom of the bottle. To the glitter I added some vegetable oil and a few drops of food coloring. I finally filled the rest of the bottle up with water, screwed the cap on as tightly as possible, and wrapped some electrical tape around the cap. Voila! A glitter and oil sensory bottle. 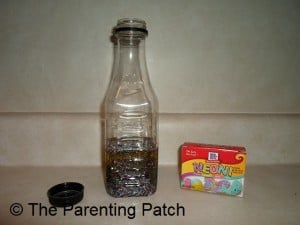 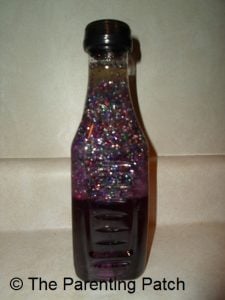 Have you ever created a sensory bottle? What materials did you use?