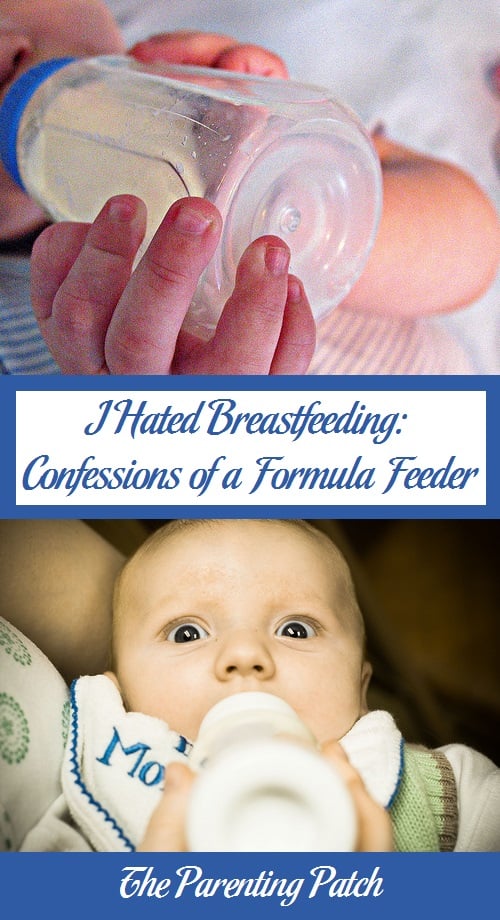 Then I got pregnant and joined a few Facebook groups for expecting moms. Suddenly I realized the seriousness of the breastfeeding versus formula feeding debate. Breast is best, I heard again and again. As far I could tell, breast was best. I decided that I want to breastfeed so that I could provide my baby with the best first food possible, my own breast milk.

As soon as my bundle of joy arrived, a nurse placed him on my chest and told me how to get him to latch on. Much to my amazement, he latched on immediately and started nursing with gusto. During the first few weeks of his life, he continued to breastfeed like a champion, gaining an appropriate amount of weight. My son loved breastfeeding. But I hated it.

I had heard from other mothers that breastfeeding just felt right. I expected that nursing my baby might hurt a little at first. I had read all about cracked nipples and engorgement. I was prepared for at least a little physical discomfort. All the moms said that the pain eventually went away, to just keep nursing through the soreness and leaking. Eventually my nipples would toughen up and my breasts would figure out the right amount of milk to make. If I did overproduce, I could also always pump and build up a little supply of frozen milk, just in case.

However, I never expected the emotional discomfort that I would feel while breastfeeding my baby. I heard other moms talk about a warm, happy feeling of satisfaction and love that they felt while nursing their babies. But I didn’t feel any warm fuzzies. I felt weirded out, anxious, and generally uncomfortable. I don’t know why because I really did want to love breastfeeding. I wanted that special bond with my baby that other nursing moms talked about. But I didn’t. I hated breastfeeding. 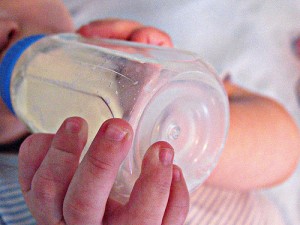 But after trying to breastfeed my son for a couple of weeks, I knew that I had to throw in the towel. Or rather the soaked nursing pads. My negative feelings about breastfeeding were negatively impacting my relationship with my son. In order for me to be the best mom that I could be, I had to stop breastfeeding. I made the difficult decision to switch to formula feeding.

I did keep pumping for a little while longer, but, without the stimulation from my baby, my breast milk quickly dried up. My son was then exclusively formula fed until he was six months old, which is when I waited until to introduce him to solid foods. Even after I stopped breastfeeding, he continued to thrive. He gained weight and grew on infant formula. He was rarely sick except for the occasional sniffle or cold.

Part of me feels bad for giving up on breastfeeding. Breast milk is the most nutritional perfect food for a baby. I still believe that breast is best — but with a few exceptions. I was never one of those gung-ho lactivist moms who would throw down a breast milk soaked shirt while fighting the breastfeeding versus formula feeding debate. Now I am even more laissez faire on the subject. Breastfeeding was now for me. I tried, oh, how I tried. I wanted to love breastfeeding my son, even like it. But I didn’t. And try as I might, I couldn’t. Breast is best, but when breastfeeding started negatively impacting my relationship with my son, I had to stop. Breast is best, but formula feeding was best for me and my baby.

The guest post I Hated Breastfeeding: Confessions of a Formula Feeder was submitted to The Parenting Patch anonymously.

Guest posts may be submitted to The Parenting Patch anonymously.