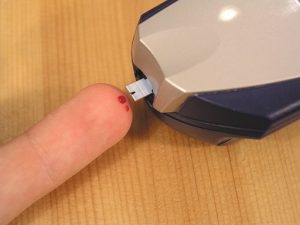 As more women develop gestational diabetes during pregnancy, the number of children who develop diabetes or prediabetes may also increase, suggests a new study published in the journal Diabetologia, the journal of the European Association for the Study of Diabetes.

For the present study, researchers led by Dr. Sonia Caprio, Yale University School of Medicine, investigated the effects of glucose exposure on the newborn in the womb, at birth and later in life, specifically examining the risk in obese youths of developing impaired glucose tolerance (IGT), or prediabetes, after exposure to GDM in the womb.

“We hypothesised that prenatal exposure to GDM in obese children with normal glucose tolerance (NGT) would be associated with development of altered glucose metabolism over time, driven by an impairment of beta cell secretion relative to the insulin sensitivity.”

The researchers studied 255 obese adolescents with a normal glucose tolerance. Of the total participants, 210 (82%) were not exposed to gestational diabetes in utero while 45 (18%) were exposed to GDM. Only 18 (9%) participants in the unexposed group developed impaired glucose tolerance or type 2 diabetes. Within the exposed group, 14 (31%) developed either IGT or type 2 diabetes. Both results are statistically significant.

Comment the researchers, “Exposure to GDM was the most significant predictor of developing IGT or type 2 diabetes, with an increased risk of almost six times for those children exposed to GDM in the womb.”

“Our study demonstrates that obese normal glucose-tolerant children of GDM mothers have pre-existing defects in beta cell function. This is in turn a strong risk factor for these children to develop prediabetes or diabetes. The ever growing number of women with gestational diabetes (18%) suggests that the future will be filled with children with early diabetes at a rate that far exceeds the current prevalence.”

“Offspring of GDM mothers ought to be screened for IGT and/or impaired fasting glucose (another form of prediabetes), and preventive and therapeutic strategies should be considered before the development of full clinical manifestation of diabetes. While we cannot use this analysis for development of definitive screening guidelines, we strongly suggest that, among obese children and adolescents exposed to GDM, specifically if additional risk factors are present – such as severe obesity or being of ethnicity minorities at higher risk – oral glucose tolerance tests should be performed at baseline (specifically in mid-pubertal adolescents) and potentially repeated based on clinical judgement. Furthermore, the need for studies aimed at unravelling the role of genetic or epigenetic factors and environmental postnatal factors that might be causing functional defects in the beta cell has never been more urgent.”

Women can reduce the risk of gestational diabetes by maintaining a health weigh before and during pregnancy.

The increasing number of women with gestational diabetes could lead to many more children with early diabetes: http://www.medicalnewstoday.com/releases/281518.php
A low disposition index in adolescent offspring of mothers with gestational diabetes: a risk marker for the development of impaired glucose tolerance in youth: http://www.diabetologia-journal.org/files/Holder.pdf