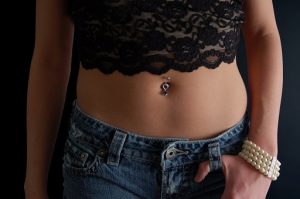 Women who respond poorly to IVF ovarian stimulation by producing low numbers of eggs have an increased risk of miscarriage, says a new study by researchers at the University of Birmingham.

In vitro fertilization, IVF, is a fertility treatment that involves combining eggs and sperm outside the body and then placing the embryo in the uterus. The procedure was originally developed as a treatment option for women who had fallopian tube disorders. The number of babies born using IVF increased from one million between 1981 and 2003 to two million by 2005.

To investigate the association between the number of eggs produced and miscarriage rate following IVF treatment, the researchers analyzed data from 402,185 stimulated fresh IVF cycles collected between 1991 and June 2008 from the Human Fertilization and Embryology Authority’s list of assisted reproductive treatment in the United Kingdom. The researchers also analyzed 124,351 pregnancy outcomes.

Additionally, the researchers hypothesis that the increased risk of miscarriage following poor ovarian response after IVF is the result of a decline in the quality of the eggs.

States co-author Professor Arri Coomarasamy of the School of Clinical and Experimental Medicine at the University of Birmingham:

The results of the study could help improve counseling for couples undergoing IVF treatment by increasing the awareness of the risk of miscarriage for women with poor ovarian response.

Another recent study suggested that women who conceive with the help of assisted reproductive therapies are at an increased risk for serious birth complications including stillbirth, preterm birth, low birth weight, and neonatal death.