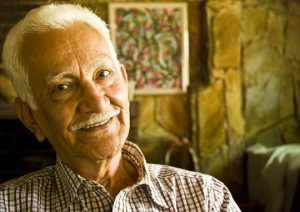 Children born to older fathers have an increased risk of psychiatric problems including attention deficits, bipolar disorder, autism, and schizophrenia compared to children born to younger fathers, suggests a new comprehensive study of paternal age and offspring mental health from researchers at Indiana University in Bloomington as published in the journal JAMA Psychiatry.

Previous studies have indicated that “advancing paternal age” (APA) at childbearing may increase the risk of autism spectrum disorders (ASDs), schizophrenia, bipolar disorder, and academic and intellectual problems. However, the strength of the associations has ranged from strong to weak to nonexistent.

The present comprehensive study sought to clarify the association between APA and psychiatric problems in children.

According to the study, children born to fathers 45 years old or older had an increased risk of developing all these problems compared to siblings born to fathers between the ages of 20 and 24 years old.

The researchers do note that sibling studies do have limitations and can provide some unreliable data such as the assumption that all children in a family are exposed to the same conditions growing up. Birth order can also affect psychological development. However, sibling studies do offer the benefit of ruling out genetic and environmental influences that could have caused one child to be more at risk of developing a psychiatric problem than another.

The researchers therefore conclude that the findings of the present study are consistent with previous research that link APA, genetic mutations, and an increased risk of psychiatric problems in children.

Conclude the researchers, “The findings suggest that APA represents a risk of numerous public health and societal problems. Regardless of whether these results should lead to policy changes, clarification of the associations with APA would inform future basic neuroscience research, medical practice and personal decision-making about childbearing.”