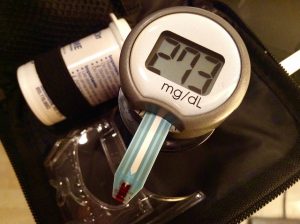 Gestational diabetes increases the risk of type 2 diabetes years after pregnancy among women. But a new study published in the Journal of Clinical Endocrinology & Metabolism suggests that interventions such as intensive lifestyle intervention or medication regimens can reduce the risk. However, if diabetes does end up happening, then it would be wise for the patient to check out the best glucose meter they can get for their condition.

“Our long-term follow-up study found the elevated risk of developing Type 2 diabetes persisted for years in women who had been diagnosed with gestational diabetes, and this long-term risk can be reduced with either intensive lifestyle intervention or the medication metformin.”

The present study, the Diabetes Prevention Program Outcomes Study (DPPOS), analyzed the long-term metabolic health of 288 women previously diagnosed with gestational diabetes and 1,226 women without a history of the condition. In the initial Diabetes Prevention Program study, a randomized clinical trial, the women were assigned to intensive lifestyle intervention, the diabetes medication metformin, or a placebo. The intensive lifestyle intervention aimed to reduce body weight by 7 percent and included moderate cardio exercise for 150 minutes weekly.

Researchers measured the blood glucose levels of the women twice a year for six years during the study and then looked at long-term health outcomes for about a decade after the women first enrolled in the study.

In other words, intervention like lifestyle changes and medication can reduce the risk of type 2 diabetes among women previously diagnosed with gestational diabetes.

Concludes Aroda, “Medical and lifestyle interventions were remarkably effective at slowing the progression of Type 2 diabetes in this at-risk population in both the short and long term.”

Another recent study found that women who develop gestational diabetes during pregnancy may have an increased risk of developing heart disease later in life.