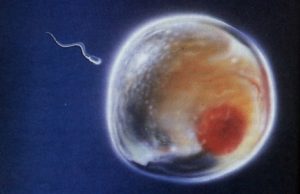 First introduced in 1992, intracytoplasmic sperm injection (ICSI) doubled between 1996 and 2012 to assist couples struggling with male infertility. Now a new study from researchers at the Centers for Disease Control and Prevention (CDC) concludes that the use of ICSI is no more effective than conventional in vitro fertilization.

ICSI, or intracytoplasmic sperm injection, involves the direct injection of sperm into eggs obtained from in vitro fertilization (IVF). The assisted reproductive therapy is most commonly used with couples who are dealing with male infertility factors such as low sperm counts, poor motility or movement of the sperm, poor sperm quality, sperm that lack the ability to penetrate an egg, and azoospermia.

Comment the researchers led by Dr. Sheree L. Boulet of the Division of Reproductive Health at the CDC:

For the present study, the researchers sought to assess national trends and reproductive outcomes for fresh (non-frozen) IVF cycles following the use of ICSI compared to conventional IVF without ICSI.

The researchers also identified male factor infertility as a factor in 499,135 (35.8 percent) of the fresh IVF cycles. Other factors such as unexplained infertility, two or more prior ART cycles with prior live birth, low oocyte yield, use of preimplantation genetic testing, and female patients older than age 38 accounted for the remaining 896,499 (64.2 percent) fresh IVF cycles.

However, among the cycles with male factor infertility, the researchers found outcomes with ICSI similar to the outcomes with conventional IVF. The researchers also identified “small but significant” reductions in implantation, pregnancy, live birth, and multiple live birth in cycles without male factor infertility using ICSI compared to conventional IVF.

In other words, despite an increase in use, intracytoplasmic sperm injection does not appear to improve reproductive outcomes compared with conventional in vitro fertilization.

“The results of this analysis demonstrate a steady increase in the proportion of ART cycles involving ICSI performed in the US from 1996 through 2012. Compared with conventional IVF, use of ICSI was not associated with improved reproductive outcomes irrespective of male factor infertility diagnosis.”

The researchers do note some limitations of the present study. For example, the US National Assisted Reproductive Technology Surveillance System does not gather information on fertilization rates:

“Although we were able to indirectly assess fertilization failure using the number of cycles canceled following oocyte retrieval, this measure assumes that cycles not proceeding to embryo transfer represent those in which all oocytes failed to fertilize, which may not necessarily be true.”

The study also examined only fresh IVF cycles, although the researchers do not expect the results to differ significantly with frozen embryos.