Connect
To Top
BlogJune 18, 2015 This post may contain affiliate links 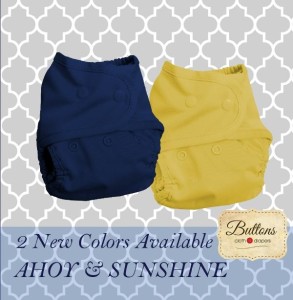 As my readers know, I am a fan of Buttons Diapers. The all-in-two worked perfectly on my daughter, who still wears hers at night with overnight inserts, and I now put my many covers on my son as well. The brand recently introduced two gorgeous new covers, Sunshine and Ahoy. Because I already own almost all the other Buttons Diapers covers, I eagerly accepted the chance to review Sunshine and Ahoy when recently offered the opportunity.

Sunshine is a beautiful dark yellow diaper with matching snaps and a gray button on the bum. Ahoy is a dark bright blue, also with matching snaps, with a white button. My little guy looks adorable in blue, so he owns a lot of outfits in the color. Many of his blue clothes also include yellow accents, so both new Buttons Diapers covers fit into his wardrobe perfectly. The darker yellow and blue also look darling on my daughter. 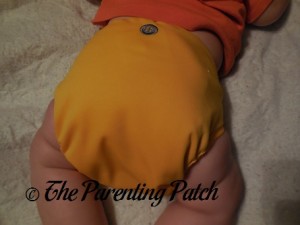 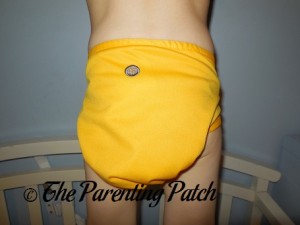 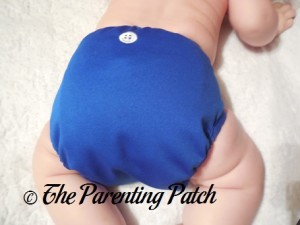 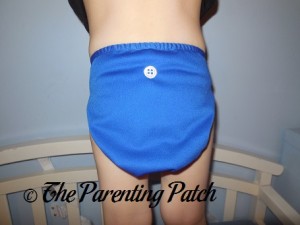 When I first saw Sunshine and Ahoy, I was most excited for the deep colors. Many of the other Buttons Diapers covers are lighter such as the light yellow Banana Cream and the light blue Blueberry. While I love the lighter colors too, I am super excited to add a darker yellow and darker blue to my stash. The addition of a darker shades adds some new hues to the ever-growing Buttons Diapers rainbow. 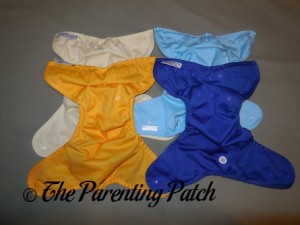 In addition to Sunshine and Ahoy, I also received two daytime hemp/cotton inserts. While I generally prefer microfiber on both my kiddos, I love the hemp/cotton inserts from Buttons Diapers because of the top layer of soft fleece that wicks away moisture. The inserts work especially well on my kiddos overnight because the hemp and cotton material absorb a lot of moisture while the fleece keeps my children feeling dry from bedtime through morning, which is often twelve hours. The hemp/cotton inserts perform equally well during the day — which is almost necessary because Sunshine and Ahoy are too cute to hide away at night!

Have you tried Buttons Diapers all-in-two cloth diapers yet? What do you think about Sunshine and Ahoy? 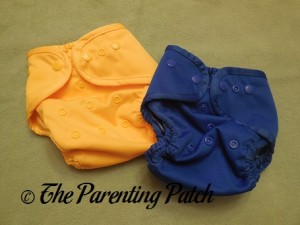