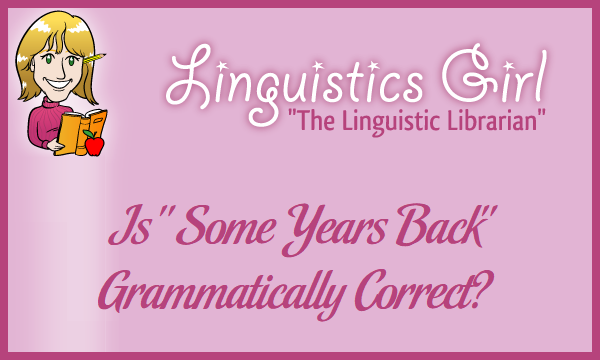 Earlier today I came across a tweet that argued against the use of the word back in the phrase some years back. Tweeter Darlink (@NW6Rd) stated:

“While standing on the platform some years back…” No. ‘ago’ ‘some years AGO’ #grammar 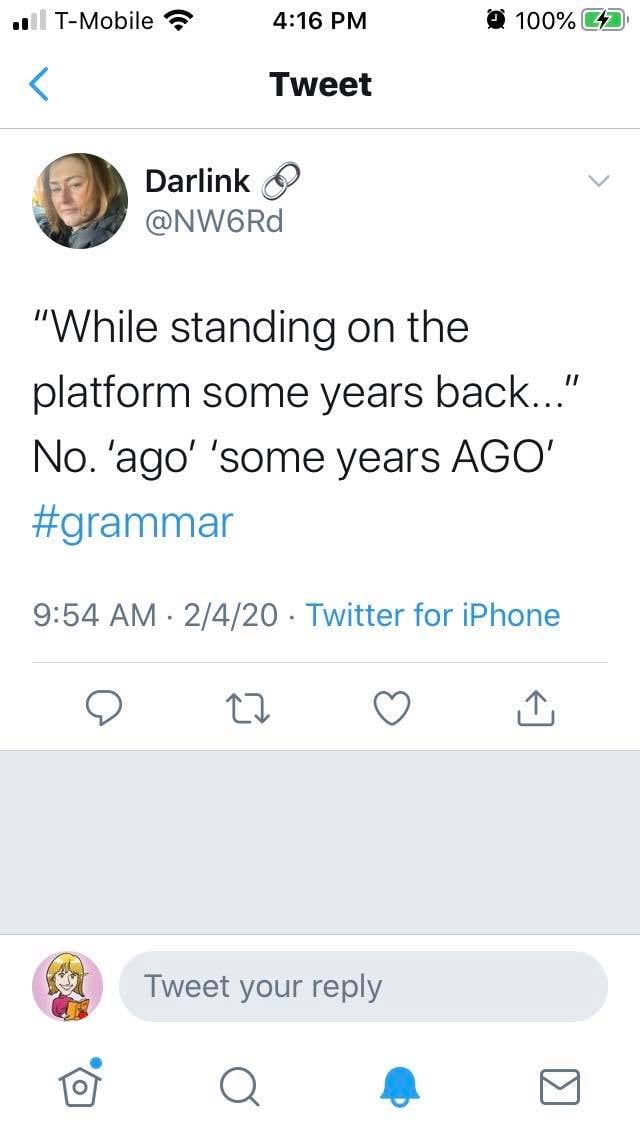 In the original phrase in question some years back, the word back is also a postposition.

In response to my retweet with comment, the original poster made the following two statements (tweets copy and pasted as written):

Ago is an independent postposition in English; Not Back .. 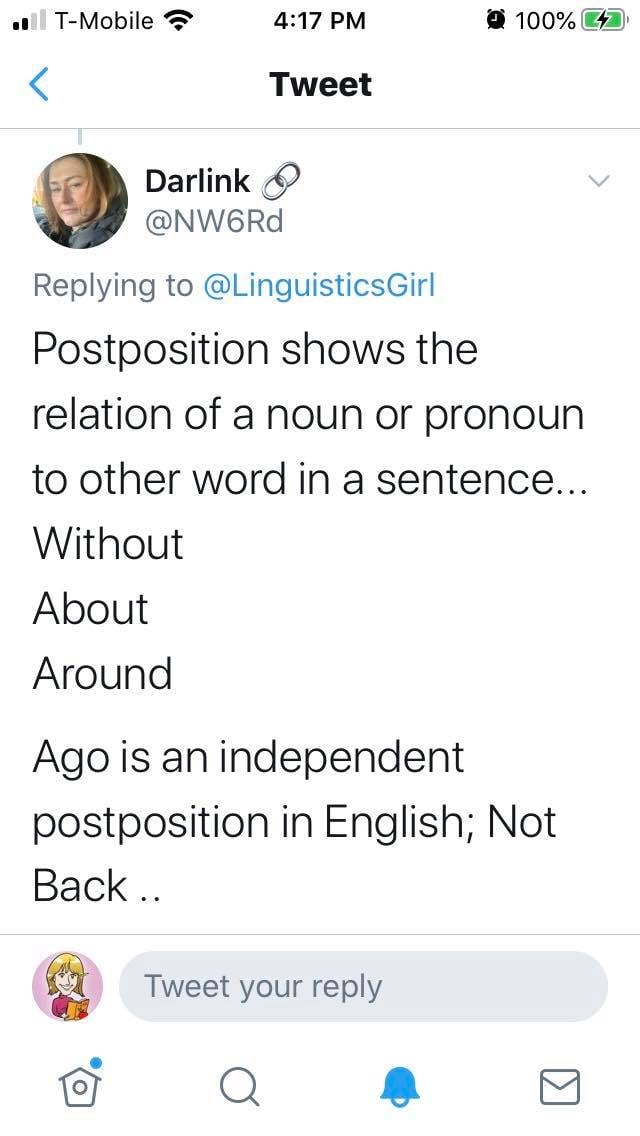 adverb
AGO – before the present; earlier (used with a measurement of time).

BACK could be an adverb, noun, verb or adjective
BACK – (adj.) from or relating to the past in context of old or previous but not time. 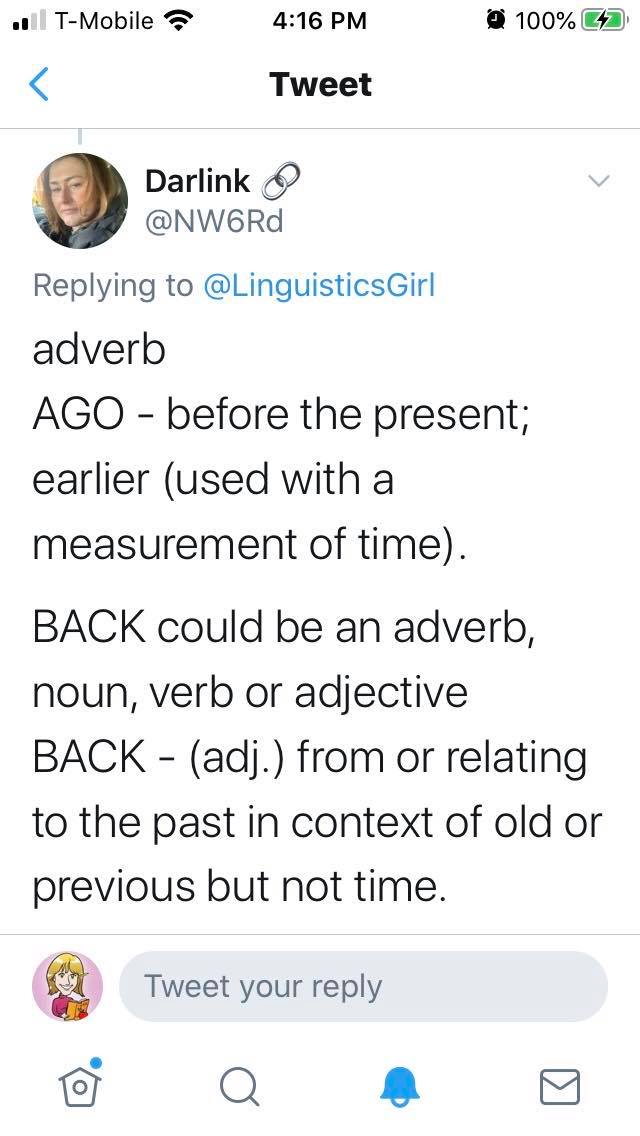 To begin, without, about, and around are not postpositions. When adpositional in form, all three are prepositions. The complement follows the preposition.

The phrase from the original tweet some years ago is a postpositional phrase. The noun phrase some years functions as the complement of the postposition ago, which functions as the postpositional phrase head. Many dictionaries erroneously identify ago as an adverb. Many dictionaries fail to separate form from function. Grammatical form is “what a word, phrase, or clause looks like.” Grammatical function is “what a word, phrase, or clause does.” The phrase some years ago can function as an adjunct adverbial, but the form is a postpositional phrase. Furthermore, the word ago requires a complement: *I left ago is grammatically impossible in English because of the lack of a complement of the word ago. Adverbs do not require complements; adpositions do. Ago is therefore not an adverb.

The use of back as a postposition is far from new, with use attested as far back as two centuries ago. Or two centuries back, I could say.

Preferring ago instead of back is a stylistic choice, not a grammatical one. Grammatically incorrect constructions in English include *Cat the brown chasing been spotted a dog and *I lived near New York City ago. Both some years ago and some years back are grammatically possible in English (although not in all Englishes). All languages (including all Englishes) are linguistically equal. Using back as a postposition is not wrong. Using back as a postposition is grammatically possible.