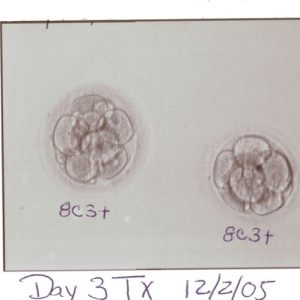 The use of assisted reproductive technology (ART) such as in vitro fertilization (IVF) may increase the risk of autism among children born as a result of the fertility treatments, concludes a new study published in the American Journal of Public Health.

Researchers led by Peter Bearman, a professor of social sciences in the Interdisciplinary Center for Innovative Theory and Empirics at Columbia University in New York City, sought to assess the association between ART and autism diagnoses in a population-based sample of California births.

In-vitro fertilization is an ART that involves combining eggs and sperm outside the body and then placing the embryo in the uterus. IVF was originally developed as a treatment option for women who had fallopian tube disorders and men who were severely infertile. One million babies were born using the technique between 1981 and 2003. The rate increased to two million by 2005, with some researchers arguing that IVF has been overused for other conditions that affect fertility including as a treatment for unexplained fertility problems.

Autism is a developmental disorder that manifests during the first three years of life. The disorder is characterized by impaired social interaction and verbal and non-verbal communication and by restricted, repetitive, or stereotyped behavior. Autism currently affects one in 68 children in the United States.

For the present study, the researchers performed an observational cohort study using linked records from the California Birth Master Files for 1997 through 2007, the California Department of Developmental Services autism caseload for 1997 through 2011, and the Centers for Disease Control and Prevention’s National ART Surveillance System for live births in 1997 through 2007. The researchers included a total of 5,926,251 live births in the study, which included 48,865 infants born using ART and 32,922 cases of autism diagnosed by the Department of Developmental Services.

According to the study, the incidence of autism was twice as high for ART-births as non-ART births.

However, the association was diminished by excluding mothers unlikely to use ART. Adjusting for demographic and adverse prenatal and perinatal outcomes also reduced the association substantially, but the statistical significance persisted for mothers between ages 20 and 34. The remaining risk is mainly due to the large numbers of multiple births and complications of pregnancy and delivery among children conceived with IVF.

Says Bearman, “There is an association between IVF and autism, but when we control for the characteristics of women who are more likely to use IVF, for example, age and social status, this association is lessened significantly.”

The researchers conclude that the association between ART and autism is primarily explained by adverse prenatal and perinatal outcomes and multiple births.

Explains Bearman, “Knowing that one can largely reduce the risk of autism by restricting the procedure to single-egg transfer is important for women who can then make better informed decisions.”

While the study does not establish a cause-effect relationship between ART like IVF and autism, the findings do appear to demonstrate a modest but significant effect of assisted reproductive technology on increased autism risk. The risk, however, can be minimized by transferring only one embryo at a time to decrease the chance of multiple births.