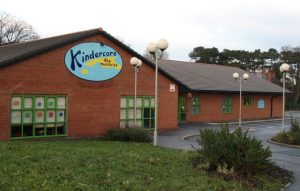 In the wake of the measles outbreak at a Palatine, Illinois KinderCare, the national daycare provider has announced a policy change that requires vaccination among all staff who work with children under the age of 15 months.

KinderCare Learning Centers, which has 1,500 locations nationwide in the United States, noted the requirement in a letter to parents posted online on Thursday. The letter also states that the operator is collecting vaccination records for all staff members and is limiting access to infant rooms to both adults dropping off or picking up an infant and immunized staff.

Children under the age of 1 are especially vulnerable to measles infection because infants cannot receive the first dose of the combination measles-mumps-rubella (MMR) vaccine until 12 months. The Centers for Disease Control and Prevention (CDC) currently recommends all children receive two doses of the MMR vaccine, with the first dose given between 12 and 15 months and the second dose between 4 and 6 years.

As outlined in the letter, KinderCare has taken the following measures to prevent further infections and outbreaks:

The policy change has brought concerns from both pro-vaccination and anti-vaccination parents who wonder whether the company could exclude unvaccinated children from attending. Although KinderCare also urges vaccines for all children attending the daycare centers, the company does not currently require vaccination:

“While is not a requirement for children who attend our centers to be vaccinated, we highly encourage parents to speak with their family doctor about immunizations for their children, and we work closely with each family to be sure our immunization records are up-to-date, we understand that some children are unable to be vaccinated — for medical reasons and or for religious reasons — and we do not exclude those children from our centers.”