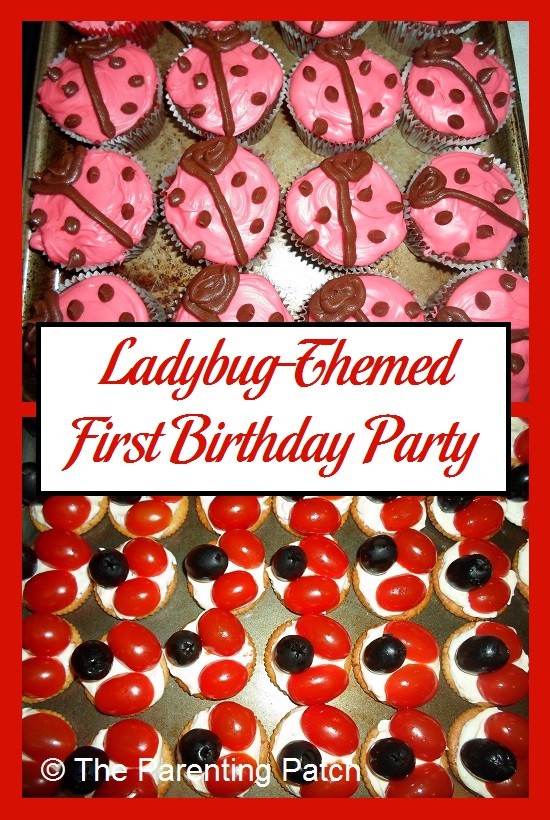 For her first birthday, my daughter had a ladybug-themed birthday party. On Saturday, my aunt and my newest uncle, my cousin and her husband and daughter, and a family friend joined my family including my mom and dad at my parents’ house to celebrate with my daughter. The party was a success, and my daughter had so much fun! 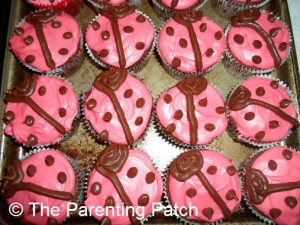 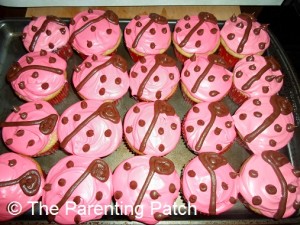 However, because my daughter prefers vegetables over sweets, I also made her some adorable ladybug vegetable crackers. Using roasted vegetable Ritz, garden vegetable cream cheese mixed with plain Greek yogurt, grape tomatoes cut in half, and whole black olives, I created an adorable veggie ladybug snack for her. I also ordered a few spring rolls and vegetable fried rice from her favorite Chinese Restaurant downtown, which she loves very much. I think it is safe to say that she enjoyed it because in the end of the party, her plate looked like it was just cleaned! 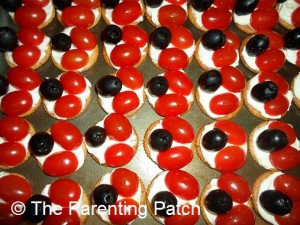 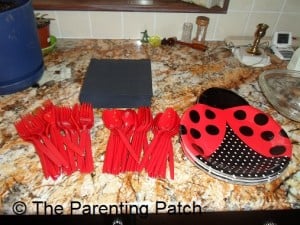 Finally, to make the ladybug-themed birthday even more festive, I bought my daughter some ladybug plates and cups as well as some red plastic forks and spoons and black napkins. Simple but adorable! And most important, my daughter had a great first birthday party that I hope she will always keep in her baby memories. 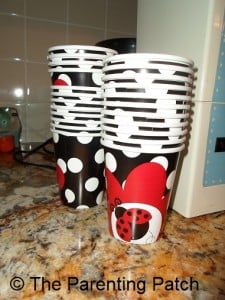