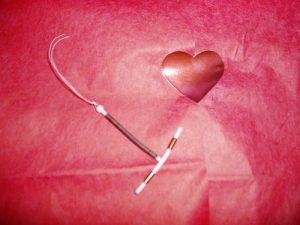 Over the past decade, more American women have chosen long-acting reversible contraceptives (LARCs) like intrauterine devices (IUDs) and subdermal hormonal implants for birth control, says a new report from the Centers for Disease Control and Prevention (CDC).

An IUD or coil is a small, usually T-shaped contraceptive device that is inserted into the uterus. Two types are available in the United States: nonhormonal copper IUD (ParaGard) and hormonal IUD (Mirena, Skyla). Failure rates with the copper IUD is about 0.8 percent and 0.2 percent with the hormonal IUD in the first year of use.

Although safety issues during the 1970s resulted in a decline in use of IUDs, both intrauterine devices and subdermal hormonal implants have gained in popularity over the past decade. Use of LARCs waned between 1982 and 1988 and remained stable through 2002, but use has increased nearly five-fold over the last decade.

Women who have previously given birth at least once use LARCs at a higher rate compared to women with no previous births, and the difference increases over time.

Despite the increase in use and the effectiveness of LARCs, however, general use remains low in the United States. State leading gynecologists from the American Congress of Obstetricians and Gynecologists (ACOG):

“In part, high unintended pregnancy rates in the US may be the result of relatively low use of long-acting reversible contraceptive methods, specifically the contraceptive implant and intrauterine devices.”

Another recent review study found that the birth control shot is associated with an increased risk of HIV.