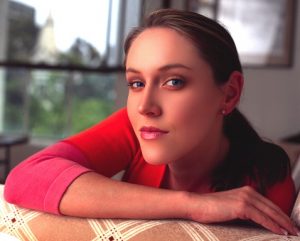 Although previous research has linked assisted reproductive therapies (ART) with an increased risk for serious birth complications including stillbirth, preterm birth, low birth weight, and neonatal death, limited data exists on the rates of maternal complications associated with the fertility procedures. Now a new study published in the journal JAMA concludes that autologous and donor-assisted reproductive technology procedures were associated with low complication risks within the United States between 2000 and 2011.

The use of ART continues to increase in the United States and throughout the world. In an effort to improve the safety of the procedures for women, stimulation protocols have become less aggressive, egg retrieval has transitioned from laparoscopic to transvaginal, and overall pregnancy rates have improved.

For the present study, researchers led by Jennifer F. Kawwass, M.D., of the Emory University School of Medicine in Atlanta examined the incidence of maternal complications associated with ART to evaluate the safety. The researchers examined data on patient and donor complications in fresh ART cycles using the U.S. Centers for Disease Control and Prevention National ART Surveillance System (NASS), a federally mandated reporting system.

Additionally, the rates of medication adverse events and hospitalizations decreased from 2000 to 2011.

Of the total 58 maternal deaths to occur among the participants, stimulation­related causes accounted for 18 while 40 maternal deaths occurred prior to birth. The maternal death rate ranged between 1.6 per 100,000 ART­conceived live births in 2008 to 14.2 in 2004.

Maternal complications following donor-assisted ART cycles occurred less frequently and did not show any significant trend. No donor deaths occurred, but 13 maternal deaths occurred prior to birth among the egg donor recipients.

Conclude the researchers, “Increased awareness of the most common complication, OHSS, may prompt additional study to characterize predictors of this and other adverse events to inform the development of effective approaches necessary to decrease complication occurrence.”

However, not all experts agree on the use of ART. For example team of experts from the Centre for Reproductive Medicine at the University of Amsterdam in the Netherlands recently stated that in vitro fertilization (IVF), an ART, may be overused and that the risks of the treatment outweigh the benefits.