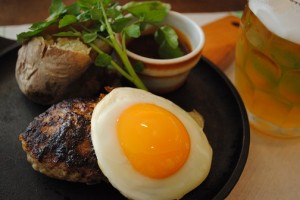 Not all calories are created equally. Diets lower in protein, specifically diets lower in animal protein, in middle age are the key to overall health and longevity, suggest two new studies published in the Cell Press journal Cell Metabolism.

One study found that diets with moderate to high levels of animal protein increases the risk of cancer and premature death in middle-age adults. The second study found that high-protein, low-carbohydrate diets decrease the lifespan of mice.

Says senior author of the first study Dr. Valter Longo of the University of Southern California, “We studied simple organisms, mice, and humans and provide convincing evidence that a high-protein diet-particularly if the proteins are derived from animals-is nearly as bad as smoking for your health.”

For the first study, the researchers analyzed data on over 6,800 adults in the United States who took part in the National Health and Nutrition Examination Survey (NHANES) III, a national survey that assesses health and diet. The researchers defined a high protein diet as a diet in which a minimum of 20 percent calories come from protein.

According to the study, individuals over the age of 50 who consumed high protein diets were four times more likely to die from cancer or diabetes and twice as likely to die from any cause in the subsequent 18 years. Individuals who consumed moderate levels of protein had a three-fold higher chance of dying of cancer. However, individuals who ate high protein diets that consisted primarily of plant-based protein did not have the same increased risks as individuals whose high protein diets consisted primarily of animal-based protein. This kind of carnivore diet is good if the person is still exercising regularly and weight training but is not so good if high-intensity exercise is not completed normally.

In other words, both type of protein and age are important factors in the outcome of high protein diets.

For the second study, researchers led by Stephen Simpson, a professor at the University of Sydney in Australia, used a rodent model to study the effects of 25 different diets on energy intake, metabolic health, aging, and lifespan.

According to the study, mice that consumed diets high in protein and low in carbohydrates had lower food intake and body fat but also died earlier and had poorer cardiometabolic health. Mice that consumed low-protein, high-fat diets had the poorest health and died earliest. Calorie-restricted diets did not increase lifespan, but mice who consumed diets high in carbohydrates and low in protein had increased food intake and higher body fat but also lived the healthiest, longest lives.

In other words, high-carb, low-protein diets appear to be optimal for longevity and health.

States Prof. Simpson, “We have shown explicitly why it is that calories aren’t all the same – we need to look at where the calories come from and how they interact. This research has enormous implications for how much food we eat, our body fat, our heart and metabolic health, and ultimately the duration of our lives.”

Together both studies indicate that lower protein diets, especially diets lower in animal based protein, in middle age may be the key to a long and healthy life.

Another recent study found that high-protein diets may increase the risk of kidney disease such as kidney stones and other renal diseases.

Low Protein Intake Is Associated with a Major Reduction in IGF-1, Cancer, and Overall Mortality in the 65 and Younger but Not Older Population: http://www.cell.com/cell-metabolism/abstract/S1550-4131(14)00062-X
The Ratio of Macronutrients, Not Caloric Intake, Dictates Cardiometabolic Health, Aging, and Longevity in Ad Libitum-Fed Mice: http://www.cell.com/cell-metabolism/abstract/S1550-4131(14)00065-5
Too Much Protein in Middle Age ‘as Bad as Smoking’: http://www.medicalnewstoday.com/articles/273533.php