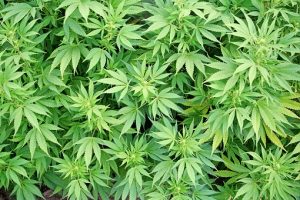 Marijuana use may cause poor memory and abnormal changes in brain function that resemble the changes found in individuals with schizophrenia, says a new study published in the journal Schizophrenia Bulletin.

Previous research on the effects of marijuana have found that the drug causes myriad long and short term health effects. Although a recent study discovered that delta-9-tetrahydrocannabinol, a mind-altering chemical found in marijuana more called THC, could help treat individuals autoimmune disorders, marijuana use most commonly affects the heart and mental health of users.

With the brain-altering affects of the drug in mind, researchers from the Feinburg School of Medicine at Northwestern University in Illinois recently studied a group of regular marijuana users in their early 20s. The researchers hoped to clarify the relationship between marijuana use and working memory (WM) impairments. Working memory affects everyday functioning and academic performance.

As the researchers discovered, the participants who had begun using marijuana at 16 or 17 years of age exhibited deterioration in the thalamus, the area of the brain that is important for learning, memory, and communication. This group of participants also exhibited abnormal changes in the brain, changes which are linked to problems with working memory. Despite not using marijuana for two years prior to the study, this group of participants still exhibited abnormal brain structures that affected memory and brain function.

In other words, in addition to long term changes in brain function, marijuana use also contributes to changes in brain structure that is associated with the mental disorder schizophrenia. Furthermore, individuals with a family history of schizophrenia may increase their risk of developing the disease by using marijuana.

“The abuse of popular street drugs, such as marijuana, may have dangerous implications for young people who are developing or have developed mental disorders.

“This paper is among the first to reveal that the use of marijuana may contribute to the changes in brain structure that have been associated with having schizophrenia.”

The results of this study indicate that marijuana use causes long term, and often detrimental, effects on the brain such as schizophrenic-related brain changes. Further studies need to be conducted to fully understand the full effects of the drug.