Connect
To Top
NewsDecember 22, 2014 This post may contain affiliate links 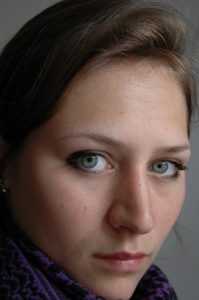 Maternal depression experienced by a mother can affect her children too, says a new Canadian study. According to the research as published in the journal Pediatrics, children in middle or elementary school who have a depressed mother are more likely to engage in risky health behaviors like drinking and smoking as teenagers.

Depression is a serious medical disorder characterized by a pervasive and persistent low mood that is accompanied by low self-esteem and by a loss of interest or pleasure in normally enjoyable activities. Untreated depression can result in emotional, behavioral, and health problems such as extreme weight gain or weight loss, alcohol and substance abuse, relationship conflicts, social isolation, suicide or attempted suicide, and premature death from other medical conditions.

The present study explores the effect of childhood exposure to maternal depression on adolescent engagement in risky health behaviors.

“Given how prevalent maternal depression is, and that risky adolescent behaviors are associated with poor long-term outcomes in adulthood, we thought better evidence in this area could be really useful.”

For the study, researchers at the University of Alberta and the University of Ottawa, both in Canada, analyzed data from the National Longitudinal Survey of Children and Youth, a large Canadian population study that began in 1994 with children between the ages of 2 and 5 and ended in 2009.

The mothers of the children participating in the study answered questions every two years about their own physical and mental health, the health of their kids and spouses or partners, and their available social support and family functioning. At age 10 or 11, the children also answered their own questionnaires about their engagement in risky behaviors such as drug and alcohol use, carrying a weapon or running away from home. A total of 2,910 teenagers completed the study.

According to the study, teenagers exposed to maternal depression in middle or elementary school were more likely to use common substances (alcohol, cigarettes, marijuana); engage in violent and nonviolent delinquent behavior; and begin using cigarettes, alcohol, marijuana, and hallucinogens earlier.

The research also found that teenagers exposed to recurrent maternal depression throughout childhood engaged in more nonviolent risky behaviors compared to teens with mothers who had low or no depression.

Teenagers whose mothers developed depressive symptoms during the early teen years of their children did not engage in more risky behaviors than children without any maternal depression exposure.

The researchers caution that the link between children exposed to maternal depression during childhood and risky adolescent health behaviors has not been proven causal.