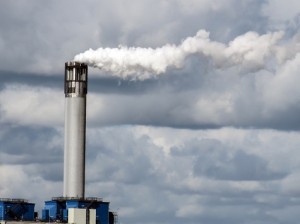 Autism spectrum disorder (ASD) is a developmental disorder that manifests during the first three years of life. The disorder is characterized by impaired social interaction and verbal and non-verbal communication and by restricted, repetitive, or stereotyped behavior. ASD affects one in 68 children in the United States.

For the present study, researchers including senior author Marc Weisskopf, associate professor of environmental and occupational epidemiology at Harvard School of Public Health in Boston, Massachusetts investigated the association between maternal exposure to air pollution during pregnancy and the risk of autism in a child.

II (NHS II), a prospective cohort of 116,430 female nurses in the United States recruited in 1989, followed by biennial mailed questionnaires. The children in the study were children born to the NHS II participants between 1990 and 2002.

Of the total number of children in the study who had been randomly selected using frequency matching for birth years, 245 had been diagnosed with ASD and 1,522 did not have an ASD diagnosis..

To determine levels of air pollution exposure before, during, and after pregnancy based on the location of the participants, the researchers used data from the US Environmental Protection Agency and other sources.

Additionally, the risk of autism increased as the level of exposure increased.

The researchers did not find an association between exposure to air pollution before or after pregnancy and autism risk.

Comments Weisskopf on the findings:

“Our data add additional important support to the hypothesis that maternal exposure to air pollution contributes to the risk of autism spectrum disorders. The specificity of our findings for the pregnancy period, and third trimester in particular, rules out many other possible explanations for these findings.”