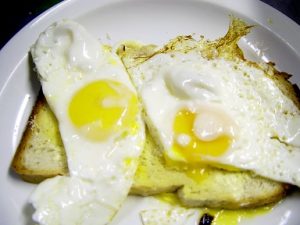 Children of women who consume a high-fat diet during pregnancy and lactation have an increased risk of lifelong obesity and related metabolic disorders compared to children of women who consume healthy diets, says a new study by researchers at the Yale School of Medicine and the University of Cologne as published in the journal Cell. Most notably, high-fat maternal diets during breastfeeding can alter metabolism and increase the risk of obesity in offspring.

The researchers discovered that the offspring of the mother mice who only had a high-fat diet when nursing showed the biggest affects of the diet change in terms of body weight and increased body fat content. These offspring had abnormal neuronal connections in the hypothalamus and altered insulin signaling in this brain circuit. Both of these changes resulted in obesity and abnormalities in glucose metabolism throughout life.

States Tamas Horvath, one of the authors on the study and the Jean and David W. Wallace Professor of Biomedical Research and chair of comparative medicine at Yale School of Medicine, “Our study suggests that expecting mothers can have major impact on the long-term metabolic health of their children by properly controlling nutrition during this critical developmental period of the offspring.”

Previous studies have discovered a link between maternal obesity and an increased risk of obesity and other health issues in the offspring of obese mothers.

The present study suggests that maternal diet can affect the health of offspring before, during, and after pregnancy.

Explains Horvath, “Mothers can control or even reverse their offspring’s predisposition to obesity and resulting diseases by altering their food intake. Because gestational diabetes frequently manifests during the third trimester, the results could inform more intense screening of mothers for alterations in glucose metabolism.”

The results of the present study can help identify the key point in pregnancy when maternal nutrition has the most impact on the metabolic health of offspring.

“The study adds to the growing literature that the growing obesity and diabetes rates in our society, especially in pregnant mothers can have profound effects on the health of the next generation,” comments Dr. Joel Emlquist, director of Hypothalamic Research Center at the University of Texas, Southwestern, “This is a very interesting and potentially important set of observations.”