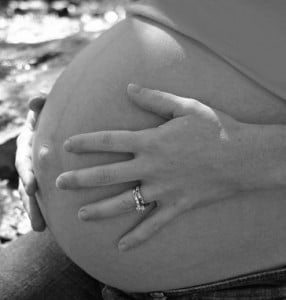 As published in the journal BMJ, the study from researchers at the Karolinska University Hospital at the Karolinska Institutet in Stockholm, Sweden and the University of Michigan School of Public Health in Ann Arbor, Michigan sought to investigate associations between maternal overweight and obesity and infant mortality outcomes.

The researchers used a population-based cohort study, analyzing data from 1,857,822 live single births in Sweden between 1992 and 2010 recorded as part of the Swedish Medical Birth Register. Data on maternal weight was collected during the first prenatal checkup along with smoking habits, education, and socioeconomic status.

In other words, maternal obesity increases the risk of infant mortality.

The researchers also noted an increase in premature birth among the obese mothers, which may partially explain the increased risk of infant mortality. Prematurity increases the risk of health complications.

Writes Katrine Mari Owe of the Norwegian Institute of Public Health in an accompanying editorial:

“Infants born to overweight or mildly obese women had an increased mortality relative to infants born to normal weight mothers. The increase was modest but statistically significant. Consistent with previous studies,4 5 the greatest risk of infant mortality was observed among the severely obese mothers (grades 2 and 3). In infants born at term, deaths due to birth asphyxia, other morbidities, and congenital anomalies seemed to explain the increased mortality risk. The authors also report an increased risk of preterm birth among overweight and obese women, which further explains the higher infant mortality in these women.”

According to the Centers for Disease Control and Prevention (CDC), more than one-third, or 78.6 million, of adults in the United States are obese.

Another recent study found that exercising during pregnancy reduces excessive weight gain and the possibility of suffering from associated problems.