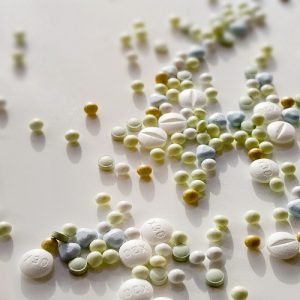 Medicine and pharmacology were always two intertwined disciplines and yet so different in their own regard. In this day and age, they are almost the same because there has never been such a high level of cooperation between institutions and companies in these two fields. It is only normal because neither of these two disciplines can exist in practice without each other. Until recently, medicine was highly dependable on pharmacy, and, as such, most of the medical departments could not have worked without the medicine provided by them. As the medical technology changes, most of the problems can be solved by various treatments. This in turns means that the need for drugs is being slowly reduced. After a long time, pharmaceutical companies need to fight for their place because nowadays there are many companies that produce medical equipment that gives better results than your standard medication.

However you put it, standard medical center cannot survive without drugs as their main instrument for patient treatment. At the same time, it is hard to defend against all the companies which are offering medical supplies and equipment even though they are not the best solution for certain medical condition that a patient is suffering from. This is where medicine and pharmacy are at the crossroads. Often, doctors and pharmacists have different opinion about particular condition which can even endanger life of the patient. It does not make it better that both professions are so highly ranked in social terms and that both doctors and pharmacists are enjoying adulation of people around them. The main question is: Can medicine exist without pharmacy?

It is hard to imagine a society without doctors. Although most of the processes around us are modernized and automatized, we still cannot replace doctors’ opinions. This is because the medical profession requires a lot of education and a lot of experience on top of that. Without one of those two, doctors cannot properly perform their duty. Even though we can inform ourselves about certain conditions, doctors need to tell us what the actual problem is and give us the proper treatment for the issue at hand. And that is where pharma comes in.

The pharmaceutical industry experiments with and creates medicines that are used to treat various diseases and health conditions. While developing a medicine, various laboratory equipment and machines are used, including mass spectrometers, chromatographs, particle size analyzers, thermal analyzers, and efficient mixing products like air and electrical mixers to blend different medicinal components. After a medicine is developed, it undergoes multiple tests and analyses to calculate its safety and potency. This field in healthcare requires deep educational background and job precision. 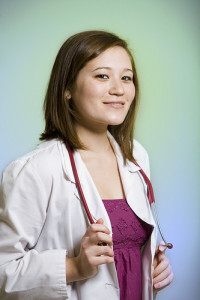 However, pharmacy is in a bit awkward position at this point in time. Although it is one of the most profitable industries, many people are trying to improve their health through natural processes. This means no medicine or medical supplements of any sort. While most of the conditions in the past were remedied by use of medicine, people are becoming increasingly wary about drugs. This is why, when someone catches a cold, he is reluctant to use medicine and instead tries to cure himself through fruit, vegetables, sleep, and overall improvement of immunity. This change can prove to be even more severe in the future, leaving this industry empty-handed. That being said, pharmacy is still making some groundbreaking discoveries when it comes to finding new medical treatments. Advancements in laboratory equipment, consider taking a look at these lyophilizers, for example, are helping scientists cure more people than ever before. However, several blunders by the pharmaceutical industry, such as the opioid epidemic, has led to skepticism in many people who chose to find an alternative to drugs whenever they can. To top if all off, as previously mentioned, medical science, computer systems, and high precision equipment have improved to that point that various medical treatments completely exclude medication or reduce the quantity of used medication.

It still needs to be seen how the dynamics of these two disciplines will evolve in future. My predictions are that medicine, as always, will have a dominant position in society while the role of pharmacology will drastically diminish.

This is a paid post. The Parenting Patch was compensated by the company mentioned in the post or the PR agency representing the company for writing the post.