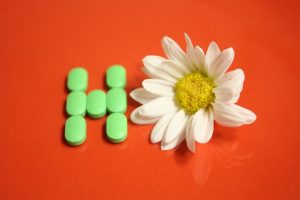 Using hormone replacement therapy (HRT) to treat the symptoms associated with menopause increases the risk of developing the two most common forms of ovarian cancer even when used for only a few years, says a new meta-analysis published in the journal The Lancet.

Hormone replacement therapy, or menopausal hormone therapy, can relieve these symptoms of menopause such as hot flashes and vaginal dryness. HRT may also protect against osteoporosis but can increase the risk of breast cancer, heart disease, and stroke. Use of HRT increased in the 1990s and stabilized during the 2010s. Approximately six million women in the United States and the United Kingdom use HRT.

For the present study, researchers from the University of Oxford in the United Kingdom sought to assess the effects of hormone therapy on ovarian cancer risk.

The researchers reviewed 52 epidemiological studies, both published and non-published, representing virtually all the existing evidence collected on hormone replacement therapy  and ovarian cancer. The studies included a total of 21,488 women with ovarian cancer, predominantly from North America, Europe, and Australia.

Other factors including the age at which HRT began, tobacco use, hysterectomy, and family history of cancer did not affect the proportional increase in risk.

Additionally, although the risk decreased over time after stopping HRT, the increased risk of ovarian cancer remained ten years later among women who had used HRT for at least five years.

The findings strongly suggest a causal relationship between HRT and an increased overall risk of ovarian cancer.

Concludes study author Professor Dame Valerie Beral, “The definite risk of ovarian cancer even with less than 5 years of HRT is directly relevant to today’s patterns of use – with most women now taking HRT for only a few years – and has implications for current efforts to revise UK and worldwide guidelines.”

Another recent study found that women who are overweight or obese have an increased risk of ovarian cancer compared to women of healthy weights.