I have been breastfeeding my daughter for twenty-two months now. When she and I first started out, I found myself leaking like crazy. If I did not use nursing pads inside my bra, I would find myself absolutely soaked within just a few minutes. Overnight was my wettest problem. The tiny nursing pads that I used would inevitably shift in the middle of the night as I slept with my daughter next to me, and I would wake up with a drenched top and even drenched sheets. Thus, when Milk Diapers recently solicited bloggers for reviews, I jumped at the chance to try a larger nursing pad.

Milk Diapers Nursing Pads grew out of necessity. Felicia Gowrylow, the founder of the brand, is a mother of five children who also found herself dealing with leaking when she first started breastfeeding her firstborn. After several cases of mastitis due to the inadequate design of other nursing pads, she sewed her own washable cotton breast pads. Those first handmade nursing pads eventually developed into Milk Diapers Nursing Pads. 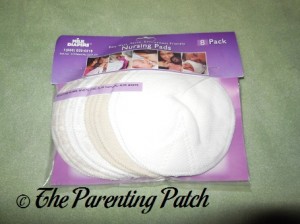 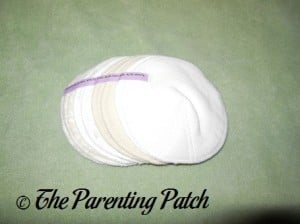 When I first opened my Sampling 8 Pad Pack from Milk Diapers, I immediately noticed two differences from my other nursing pads. First, Milk Diapers Nursing Pads are significantly larger in size than my other pads. One problem that I have had with nursing pads is that the smaller sizes sometimes shift around in my bra. I have even had nursing pads pop out of the front of my bra and shirt. Nothing is more embarrassing than having a nursing pad fall out in front of a bunch of college boys! (True story that happened to me while at work at my university library.) Because of the larger size of my Milk Diapers Nursing Pads, I have yet to have a problem with the pads shifting around or popping out. The larger size offers great coverage without moving around. 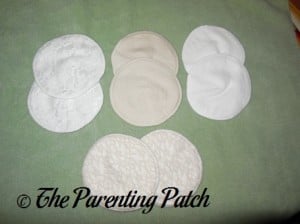 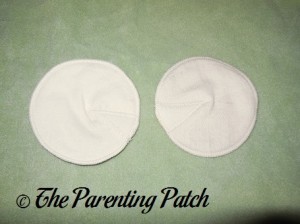 The second difference that I noticed was the unique patented dart in the nursing pad. The dart makes the Milk Diapers Nursing Pads more concave than most other nursing pads. I never feel smushed by my Milk Diapers Nursing Pads because of the dart. Additionally, the concave shape as a result of the dart also helps the nursing pads stay in place. The raised center fits perfectly over a nipple, thus ensuring that the pad remains centered inside a bra. 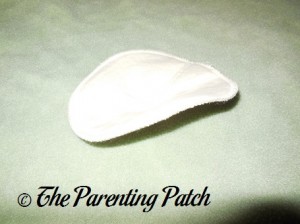 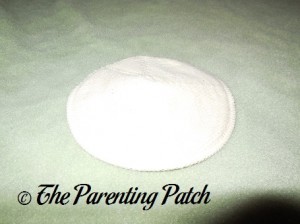 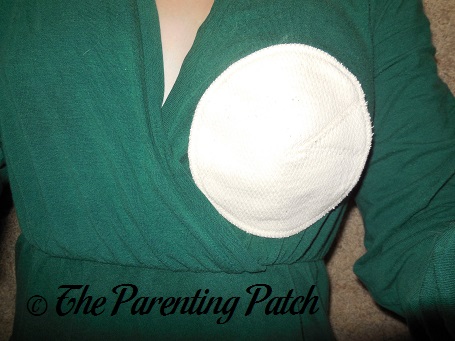