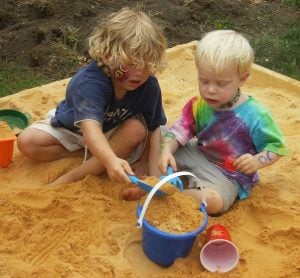 There have been numerous stories in the news lately about parents who leave their children home alone. Parents engage in “free range” parenting when they go to work, head to the grocery store, and while running other errands. In many cases, those parents truly believe that their children were capable of watching themselves for several hours. In other instances, economical considerations have forced parents to leave their children at home while heading to their day or night job.

Many cases have involved young children who have been allowed to play just outside of the home on their own. A recent report focused on Danielle and Alexander Meitiv, a Silver Spring, Maryland couple who are being investigated after they allowed their 6-year-old and 10-year-old children to walk home from a park in January.

The practice of free range parenting involves giving children their independence at an early age while promoting self governance. While numerous parents believe leaving their children home alone is okay, there is one important consideration outside of developmental issues — actual laws that govern the practice by individual states. 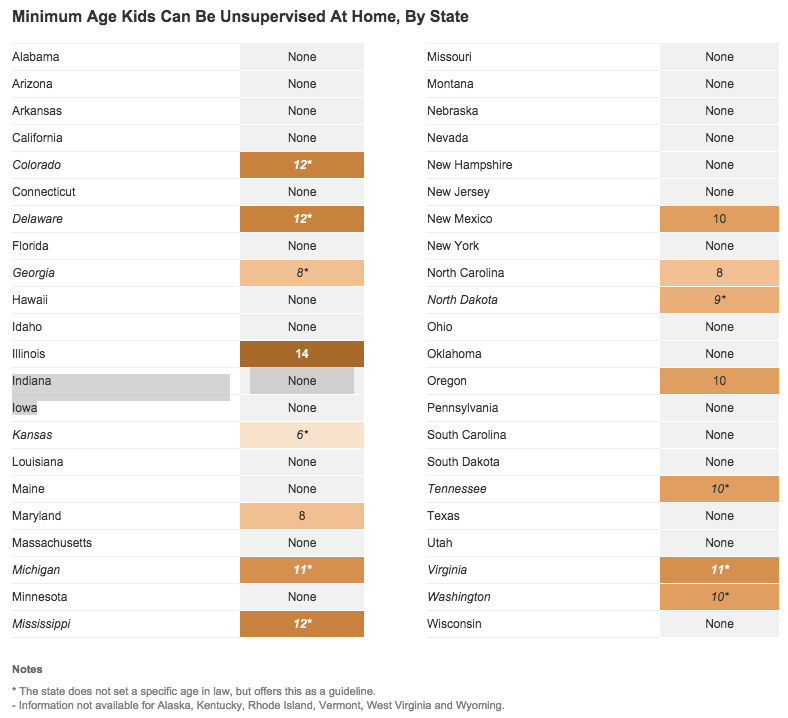 There still appear to be some major questions regarding free range parenting. Take for example a 6-year-old who was recently playing in an open field just 150 yards from his home. Mom Kari Anne Roy says she was shocked when Child Protective Services shows up on her doorstep in Austin, Texas. In her case, police specifically questioned her children, asking if mom provided them with drugs, alcohol, or adult movies.

While the chart shown above focuses on unsupervised children in the home, it is offered only as a state mandated guideline in many cases. Even when supervised child laws are enacted, they can become more murky when children are allowed to play outside of their home without adult eyes on them at all times. Is 150 yards from the house too far for a 6-year-old child? Should siblings be allowed to walk home from a nearby park on their own?

Recently, a South Carolina mothers was arrested for allowing her daughter to play at a park while she worked at McDonald’s. Debra Harrell had given her daughter a cell phone in case of emergencies, and she had only allowed her daughter to play alone at the park on three occasions. She did not have access to a babysitter and took extra precautions to provide her child access to help if needed.

When I was 10-years-old, my mom on many occasions asked me to watch my 5-year-old sister, 3-year-old brother, and 1-year-old sister. As a very responsible 10-year-old, I never had any issues with my brothers and sisters, and I was armed with emergency phone numbers and access to helpful neighbors. I definitely had community support if needed, and that may not be the case for all children, but to judge a parent based on certain actions without a basis for that judgement seems like a dangerous slope.