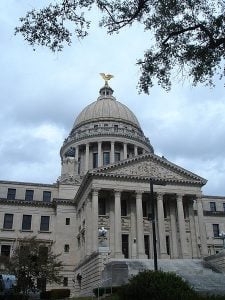 Mississippi voters on Tuesday sent a strong message to lawmakers in the state that they do not want to be the ones who determine if life begins at conception.

Because the proposed law would have declared that life begins at conception, it would also have opened up the floodgates to legal battles against abortion rights in the state and eventually nationwide.

The proposal was started by Colorado-based group Personhood USA and pushed in Mississippi where it was believed the state’s Bible Belt viewpoints would allow for swift passing of the bill.

Personhood co-founder Keith Mason is now planning to renew his efforts with the state’s legislation or possibly through another ballot initiative.

During the 2012 election cycle, similar initiatives have been placed on ballots in California, Florida, Montana, Nevada, Ohio, and Oregon.

The group also plans to push for life-at-fertilization laws in Alabama, Michigan, and Wisconin.

Personhood USA moved their efforts out of their homebase state after Colorado voters rejected the proposal in 2008 and then again in 2010.