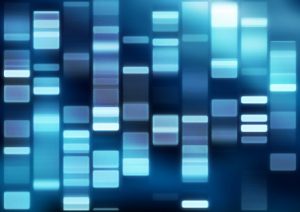 The majority of miscarriages occur as a result of a chromosomal abnormality. An estimated one in five pregnancies ends in miscarriage, usually during the first trimester. Now a new alternative DNA test offers clinically relevant genetic information that may help identify the reason that a miscarriage occurred years earlier.

Publishing in the March issue of the journal Reproductive Biology and Endocrinology, researchers from Montefiore Medical Center and the Albert Einstein College of Medicine of Yeshiva University used a technique called rescue karyotyping, which can obtain important genetic information from tissue that had not been tested at the time of the miscarriage.

According to standard hospital protocol, tissue from miscarriages is embedded in paraffin for archival use. The researchers then used these samples in the present study.

Using rescue karyotyping, the researchers identified chromosomal variants and abnormalities in nearly 50 percent of the samples. Sixteen of the samples had been archived for as long as four years.

“Given the ease of obtaining results, even if a delay in testing occurs, this new test may provide a useful technique to gain a better understanding as to why miscarriage occurs in some women. I have seen women in tears because testing was not done at the time of the miscarriage and they feared they would never learn why it happened. Now we are able to go back and often get the answers we need.”

“Montefiore and Einstein have worked together to develop an innovative model based on research, which allows us to create novel diagnostic and treatment options and, in parallel, to quickly bring new advances to the clinic. This represents a new and emerging model in medicine – where the lab and clinic are brought closer in order to speed the pace of discovery and treatment.

“Most miscarriages are caused by an abnormal number of chromosomes in the embryo, accounting for up to 75 percent of first trimester losses. This new test can help guide future treatment options but, more importantly, can also help alleviate some of the guilt and self-blame often associated with unexplained miscarriage and can close a door on a painful chapter in a woman’s and couple’s life.”

The new testing method can help determine the cause of a miscarriage, even years after the miscarriage occurred.