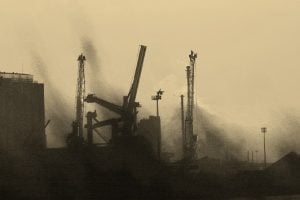 Exposure to air pollution, especially among urban populations, can cause significant health problems. Children, the elderly, and individuals with impaired respiratory systems are especially sensitive to the effects of exposure to ozone, nitrogen dioxide, sulphur dioxide, and particulate matter found in air pollution. Now a new study from researchers at Tel Aviv University adds to the growing evidence of the negative effects of polluted air, finding that high exposure to air pollution increases the risk of congenital birth defects.

Published in the journal Environmental Research, the nationwide study is the first to examine the association between different modes of conception-assisted reproductive technology (ART) versus spontaneous conception (SC) and the risks of exposure to air pollution to each.

Explains Professor Liat Lerner-Geva of TAU’s Sackler Faculty of Medicine and School of Public Health and the Gertner Institute for Epidemiology and Health Policy Research:

“Our results suggest that exposure to higher levels of air pollution during pregnancy is associated with various adverse pregnancy outcomes. While our study mainly followed SC infants, we also had the opportunity to assess a small sample of pregnancies that were conceived through ART, and observed a higher impact of air pollution – particularly with regard to ozone exposure. This is clearly a uniquely susceptible population that should be further explored.”

For the present study, the researchers analyzed data on 216,730 babies born in Israel between 1997 and 2004. The researchers also obtained air pollution data including levels of sulfur dioxide (SO2), particulate matter (PM10), nitrogen oxides (NOx), and ozone (O3) from air monitoring stations. The researchers then used a geographic information system to assess exposure to air pollution during both the first trimester and the entire pregnancy for each mother according to her place of residence.

According to the study, exposure to PM10 and NOX pollutants throughout a a full-term pregnancy increases the risk of congenital malformations with specific defects evident in the circulatory system (from PM10 and NOX exposure) and genital organs (from NOX exposure). Exposure to SO2 and O3 in ART pregnancies also increased the risk, although not significantly, of birth defects.

In other words, exposure to air pollution increases the risk of congenital birth defects, adding to the growing body of evidence of the harms of polluted air.

“Considering the worldwide decline in fertility, and the increasing number of children born through ART treatments, our findings about their increased risk of congenital malformations are very relevant. It is essential we continue to evaluate this unique population.”