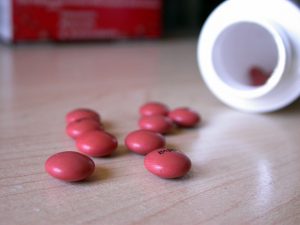 Nonsteroidal anti-inflammatory drugs (NSAIDs) such as ibuprofen (Advil, Motrin IB) and naproxen (Aleve) are increasingly used by pregnant women to treat pain, fever, and inflammation during the first trimester of pregnancy. Now a new study published in CMAJ (Canadian Medical Association Journal) confirms that women who use NSAIDS during pregnancy do not have an increased risk of miscarriages.

Explains senior study author Amalia Levy, an epidemiologist and head of the department of public health at Ben-Gurion University of the Negev in Beersheba, “NSAIDs are frequently and increasingly used by pregnant women both because the drugs are indicated for common symptoms like pain and fever, and because in the past two decades some of the drugs are sold over the counter, without the need for a medical prescription.”

Of the total women in the study, 4,495 (6.9 percent) used NSAIDs during the first trimester of pregnancy.

In other words, the use of general NSAIDs like ibuprofen during the first trimester of pregnancy does not appear to increase the risk of miscarriage.

Concludes Prof. Amalia Levy, Department of Public Health, Ben-Gurion University of the Negev and Soroka Medical Center, “The fact that the study was based on large proportion of the district population, was adjusted to nearly all known risk factors for miscarriages (tobacco use, obesity, IVF, uterine malformations, hypercoagulable conditions, intrauterine contraceptive device etc.) and used advanced statistical methods strengthens the validity of the results.”