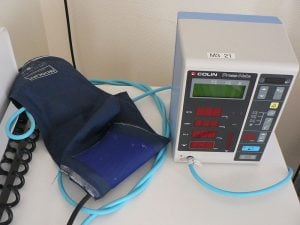 According to a new study from researchers at the Centers for Disease Control and Prevention (CDC), severe complications during childbirth are on the rise among mothers in the United States. Although still rare overall, severe complications including heart attack and stroke have increased by 75% and 114% for delivery and postpartum hospitalizations, respectively, over the last decade.

However, William Callaghan, the leader of the study, cautions, “We don’t want to send the message that pregnant women should be afraid.” The increase in severe childbirth complications is due to the increasing number of women who are giving birth at an older age as well to the number of pregnant women who already suffer from additional health conditions including obesity and the related high blood pressure and diabetes.

Callaghan also states that women need to be as possible before pregnancy, which includes losing excess weight and getting high blood pressure and diabetes well controlled. As he concludes, “Not all complications can be avoided, of course. But the best outcomes happen when a woman is as healthy as possible going into pregnancy.”