Connect
To Top
NewsMarch 24, 2014 This post may contain affiliate links 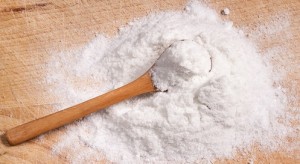 The study is the first to find that sodium intake has an impact on telomere length, the protective ends on chromosomes that shorten with age. Telomeres protect the end of the chromosome from deterioration or from fusion with neighboring chromosomes. Smoking, a lack of physical activity, and having high body fat are other physical and lifestyle factors that can cause telomere shortening to advance prematurely.

For the present study, researchers led by Dr. Haidong Zhu, assistant professor of pediatrics at Medical College of Georgia, Georgia Regents University in Augusta, studied 766 teenagers between 14 and 18 years old. The researchers divided the teens into two groups based on diet.

In other words, very salty diets can speed up telomere shortening in obese teens.

States Dr. Zhu, “Even in these relatively healthy young people, we can already see the effect of high sodium intake, suggesting that high sodium intake and obesity may act synergistically to accelerate cellular aging.”

The researchers believe that the advanced telomore shortening among the teens with very salty diets is due to the fact that obesity increases sensitivity to salt and causes inflammation.

Adds Dr. Zhu, “Lowering sodium intake may be an easier first step than losing weight for overweight young people who want to lower their risk of heart disease. The majority of sodium in the diet comes from processed foods, so parents can help by cooking fresh meals more often and by offering fresh fruit rather than potato chips for a snack.”