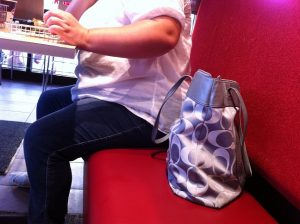 Obesity is a growing problem in the United States. Obesity during pregnancy and after is also a significant health issue for both mothers and babies. New research out of Saint Louis University (SLU) as published in the American Journal of Obstetrics and Gynecology and reported by Medical News Today indicates that obese women should be counseled not to gain excessive weight during pregnancy as well as to lose excess pounds between pregnancies.

With the complications that arise from obesity, researchers have been investigating ways in which to help makes moms and babies healthier. The recent SLU study found that the interval between pregnancies is a crucial period for obese women to lose weight. The time after giving birth is when a lot of women make lifestyle changes. Some of those changes such as eating healthier can benefit an obese woman by helping her lose her excess weight. Additionally, with a doctor’s recommendation, women can also make use of dietary supplements to burn fat paired with the right nutrition and proper exercise.

Furthermore, doctors and other health care providers should urge obese women not to gain too much weight during pregnancy. The recommended pregnancy weight gain is between twenty-five and thirty-five pounds for women of a healthy weight. Under the care of a physician, obese women should gain less than the recommended amount and should definitely not gain more.

As the study also determined, women seem to get heavier with each pregnancy. With each added pound, a woman increases her risk for serious health problems such as diabetes, stroke, heart disease, and death. For an obese woman not to lose her excess weight between pregnancies could be fatal. Working with her health care provider, an obese woman is advised to make lifestyle changes such as eating right and exercising more to help her lose those excess pounds.

I personally have never been overweight. To maintain a healthy weight and to prevent major health problems, I work hard to eat right and get enough exercise. During my pregnancy with my daughter, I gained a total of thirty-one pounds. By five months postpartum, I had lost all my baby weight by eating a well-balanced diet high in vegetables, fruits, whole grains, and lean protein. I also made an effort to exercise at least a little every day. Yes, losing weight is not always easy. But the alternative to obesity during pregnancy and after is oftentimes death.

How successful were you in losing your pregnancy weight?