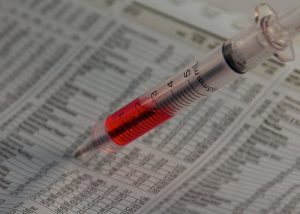 One in four adults agree with not vaccinating for personal or religious reasons, finds an informal survey conducted by WebMD.

Only two states in the United States, Mississippi and West Virginia, bar unvaccinated children from attending public schools without a significant medical reason. Neither state allows personal belief or religious exemptions. Mississippi has the highest vaccination rate in the country for children entering kindergarten at 99.7 percent, and West Virginia has a rate of roughly 96 percent.

“The WebMD Survey on Measles Vaccinations” found that percentage is even higher among parents with young children. The survey found 40% of those with children under age 12 agree that it’s OK not to vaccinate for personal or philosophical reasons. These parents are also less likely to agree that vaccines are safe or to think of unvaccinated kids as a threat to others.

“The current measles outbreak has shown us how quickly a disease can spread. Measles and other diseases such as pertussis and meningitis can have devastating outcomes; vaccinating children is the best protection available to prevent these serious illnesses and to stop the spread.

“While it seems that parents want to respect the choice not to vaccinate a child, there are consequences to these decisions, and we’re seeing that the cost to kids is high.”

The current measles outbreak sweeping the nation has ignited renewed debate about vaccination laws. Public health officials argue that current laws that easily allow parents to opt out of vaccines for non-medical reasons have weakened collective protection against preventable infections like pertussis and measles for the country.

In some states hardest hit by the measles outbreak like California, Oregon, and Washington, legislators have already taken steps to make opting out of vaccines more difficult for parents, requiring proof of education about vaccines before refusing vaccination.

Some law makers including California State Sen. Richard Pan, who is also a pediatrician, have proposed bills that would end vaccine exemptions for personal beliefs altogether.

Argues Dr. Mark Schleiss, a pediatrician and vaccine researcher at the University of Minnesota, on the importance of high vaccination rates in protecting public health:

“Mississippi is not traditionally viewed as a leader on health issues. But in this area, they should be proud of the fact that they have not changed this law. Mississippi and West Virginia could be role models for other states.”

States with the highest vaccination rates like Mississippi and West Virginia typically do not experience widespread outbreaks of vaccine-preventable diseases.

In light of the recent measles outbreak, some private businesses such as KinderCare Learning Centers have announced policy changes that requires vaccination among staff.