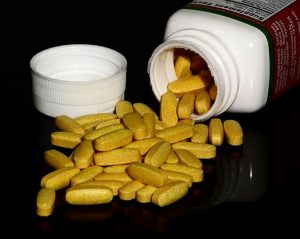 Taking folic acid supplements before and during pregnancy significantly reduce the risk of a neural tube defects (NTD), which are birth defects of the brain, spine, or spinal cord such as spina bifida and anencephaly. However, new research from Queen Mary University of London as published in the journal PLOS ONE reveals that less than one in three women supplement with folic acid before pregnancy.

Folic acid is a form of the water-soluble vitamin B9. The term folate refers to the naturally occurring form of the vitamin, which is found in foods such as spinach and other dark leafy greens, liver, yeast, asparagus, and Brussels sprouts. Folic acid is the synthetically produced version that is used in fortified foods and supplements.

Previous research from 1991 indicates that increasing the intake of the B-vitamin folic acid before pregnancy can significantly decrease the risk of neural tube defects.

For the present study, researchers at the Wolfson Institute of Preventive Medicine of Queen Mary University questioned nearly half a million women attending prenatal screening between 1999 and 2012 in England and the Isle of Man. The proportion of women supplementing with folic acid before pregnancy decreased from 35 percent between 1999 and 2001 to 31 percent between 2011 and 2012.

The percentage of women taking folic acid before pregnancy varied significantly based on ethnicity. Only 17 precent of Afro-Caribbean women, 20 percent of South Asian women, and 25 percent of East Asian women supplemented with folic acid compared with 35 percent of Caucasian women.

Women who had previously given birth to a child with a neural tube defect such as spina bifida were more likely to supplement with folic acid prior to a subsequent pregnancy. However, only 51 percent of the women took folic acid supplements despite the high risk of a recurrence.

The percentage of women who started taking folic acid upon discovering a pregnancy increased from 45 percent to 62 percent. However, for the preventive benefits to be effective, supplementing with folic acid must begin before pregnancy.

Comments Joan Morris, co-author and Professor of Medical Statistics at Queen Mary, “Each year in Britain there are about 1,000 pregnancies affected by spina bifida or other birth defects of the brain, spine, or spinal cord. Most of these lead to a termination of pregnancy which is an agonising decision for couples who want a child.”

Folic acid supplementation is especially important for women who live in countries without mandatory folic acid fortification. The United States and Australia both fortify foods with folic acid. The United Kingdom and many other countries in the European Union do not.

States Jonathan Bestwick, lead author and Lecturer in Medical Statistics at Queen Mary, “The current UK policy of recommending women take folic acid supplements has failed and has also led to health inequalities among ethnic minorities and younger women. The Government should introduce mandatory fortification of flour with folic acid without delay.”

Concludes Professor Sir Nicholas Wald, a co-author from Queen Mary who conducted the original research on the protective effect of folic acid, “It’s a public health tragedy that in spite of the folic acid fortification initiative in many countries, the UK has not introduced mandatory folic acid fortification. The failure to fortify flour with folic acid is like having a polio vaccine and not using it.”

Only One Third of Women Take Folic Acid Before Pregnancy to Prevent Spina Bifida: http://www.medicalnewstoday.com/releases/272943.php
Prevention of Neural Tube Defects: A Cross-Sectional Study of the Uptake of Folic Acid Supplementation in Nearly Half a Million Women: http://www.plosone.org/article/info%3Adoi%2F10.1371%2Fjournal.pone.0089354