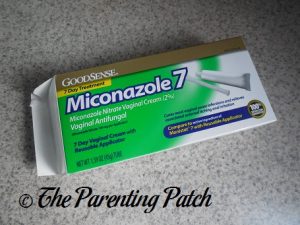 Approximately 10 percent of pregnant women in the United States develop the yeast infection vaginal candidiasis. Health care providers most often recommend intravaginal formulations of topical azole antifungals as the first-line treatment for pregnant women but also often prescribe oral fluconazole. Now a study published in the journal JAMA suggests that the use of the oral antifungal medication fluconazole during pregnancy may increase the risk of spontaneous pregnancy loss.

For the study, researchers including Ditte Mølgaard-Nielsen of the Statens Serum Institut in Copenhagen, Denmark evaluated the association between oral fluconazole exposure during pregnancy and the risk of miscarriage and stillbirth.

The researchers did not find an association between oral fluconazole exposure and stillbirth.

“In this nationwide cohort study in Denmark, use of oral fluconazole in pregnancy was associated with a statistically significant increased risk of spontaneous abortion compared with risk among unexposed women and women with topical azole exposure in pregnancy. Until more data on the association are available, cautious prescribing of fluconazole in pregnancy may be advisable. Although the risk of stillbirth was not significantly increased, this outcome should be investigated further.”

The researchers do additionally note that a possible confounding factor in the increased risk of miscarriage could be that, in more severe cases of vaginal candidiasis, the candida can ascend from the vagina into the uterus to cause intrauterine candidiasis, which can cause prematurity and fetal loss.

Association between use of oral fluconazole during pregnancy and risk of spontaneous abortion and stillbirth: http://jama.jamanetwork.com/article.aspx?doi=10.1001/jama.2015.17844
Oral fungicides may lead to loss of pregnancy: http://www.medicalnewstoday.com/articles/304646.php