Connect
To Top
NewsMarch 27, 2014 This post may contain affiliate links

Being Overweight May Benefit Individuals Over Age 65 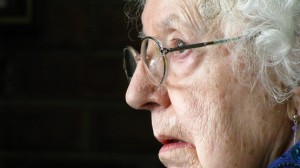 Although obesity is a known risk factor for many health problems such as heart disease, diabetes, stroke, and some cancers, new research from Australia as published in the American Journal of Clinical Nutrition suggests that the current World Health Organization (WHO) guidelines on body mass index (BMI) may not be suitable for individuals over the age of 65 because with a body mass index in the overweight range tend to live longer.

The recommended BMI for adults over the age of 20 is between 18.5 and 24.9. Individuals with BMIs between 25 and 29.9 are considered overweight, and a BMI of 30 or greater is considered obese. BMI is calculated as body mass (weight) divided by the square of height.

However, researchers including Caryl Nowson, professor of nutrition and aging at Deakin University in Melbourne, have found that individuals age 65 and lower with BMIs of around 27.5 have the lowest risk of death, indicating that current BMI guidelines for adults may not apply to the elderly. Additionally, older individuals with a BMI between 22 and 23, generally considered healthy weight, had a significantly higher risk of death.

Comments Prof. Nowson on the findings, “Our results showed that those over the age of 65 with a BMI of between 23 and 33 lived longer, indicating that the ideal body weight for older people is significantly higher than the recommended 18.5-25 ‘normal’ healthy weight range.”

For the present study, the researchers looked at previous studies published between 1990 and 2013 examining the links between BMI and risk of death in individuals over the age of 65 that included 200,000 older individuals for an average of 12 years each.

The researchers argue that current BMI guidelines must be updated to account for age differences. Slightly higher BMIs appear to be healthiest for individuals age 65 and older.

Adds Prof. Nowson, “Factors such as chronic diseases and the ability to move around need to be considered as there is no real issue with being in the overweight range unless it is preventing people from moving around freely.”

Additionally, the researchers recommended that the elderly jump off the weight loss bandwagon and instead focus on eating healthy, well-balanced diets because the great risk among older individuals is malnutrition. States Prof. Nowson, “Malnutrition in older people is not well recognised as this can occur even when BMI is in the overweight range.”

Another recent study found that feelings of extreme loneliness increase the risk of premature death by 14 percent among the elderly.