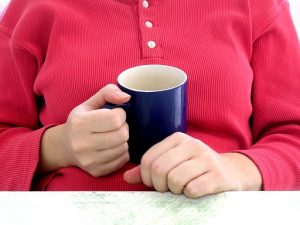 Women who are overweight or obese have an increased risk of ovarian cancer compared to women of healthy weights, suggests a new study by researchers at the World Cancer Research Fund (WCRF) and the American Institute for Cancer Research as part of the WCRF’s Continuous Update Project.

The Continuous Update Project monitors and assesses research associated with cancer prevention and uses the findings to make conclusions about how lifestyle factors may reduce cancer risk.

Previous studies have linked being overweight or obese with other cancers such as breast, uterine, and bowel cancers. The present study adds ovarian cancer to the list of cancers affected by body weight.

Approximately 21,980 new cases of ovarian cancer will be diagnosed in the United States this year. Although treatable when diagnosed early, ovarian cancer is the fifth leading cause of cancer-related deaths among women, predicted to cause more 14,000 deaths in 2014. Early detection of ovarian cancer is often difficult because symptoms — pain in the lower abdomen and feeling bloated — are similar to other health problems such as bladder and digestive disorders.

For the present study, the researchers reviewed 25 studies involving four million women, 16,000 of whom had ovarian cancer. The researchers discovered that every five additional body mass index (BMI) units that a woman weighed increased her risk of developing ovarian cancer by six percent.

Additionally, women with a BMI greater than 28.4 kg/m2 had a significantly higher risk of ovarian cancer than women with lower BMIs.

In other words, the more a woman exceeds the healthy weight recommendations, the higher her risk of developing ovarian cancer.

Comments Dr. Rachel Thompson, head of research interpretation at WCRF, on the findings:

States Dr. Kate Allen, executive director of science and public affairs at WCRF, “These latest findings from the Continuous Update Project show how important body weight is for an increasing number of cancers affecting both men and women.”

Being physically active and eating a balance diet can help achieve and maintain a healthy BMI, which then decreases the risk of many cancers.

Another recent study suggests that the use of low-dose aspirin daily may reduce the risk of ovarian cancer by up to 20 percent.