Connect
To Top
NewsMarch 24, 2015 This post may contain affiliate links 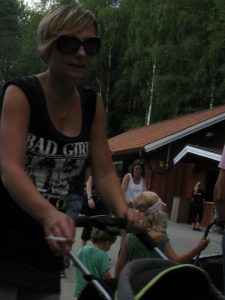 Parenting plays a significant role in the future health of children. Children exposed to parental smoking may have an increased risk of developing heart disease in adulthood than children of non-smoking parents, says a new study published in the American Heart Association journal Circulation. The findings add to the growing evidence that exposure to smoking from parents has a lasting effect on the cardiovascular health of children into adulthood.

Another recent study found that children exposed to tobacco smoke prenatally have an increased risk of developing diabetes later in life. Smoking is also a well-known risk for many health problems such as lung disease, heart disease, stroke, cancer, and early death.

For the present study, researchers in Australia and Finland followed participants in the Cardiovascular Risk in Young Finns Study, a prospective study conducted across five major cities in Finland designed to examine the early-life risk factors of cardiovascular disease, which included childhood exposure to parental smoking in 1980 and 1983. The researchers collected carotid ultrasound data in adulthood in 2001 and 2007 and measured childhood blood cotinine levels from samples collected and frozen in 1980 in 2014. Cotinine is a biomarker of passive smoke exposure.

Regardless of other variables, the risk of developing plaque in the carotid artery in adulthood was 1.7 times higher in participants who had been exposed to at least one parental smoker as a child compared with those whose parents had not smoked.

The researchers stress that, to provide the best long-term cardiovascular health for children, parents should not smoke.

“For parents who are trying to quit smoking, they may be able to reduce some of the potential long-term risk for their children by actively reducing their children’s exposure to secondhand smoke (i.e., not smoking inside the home, car, or smoke well away from their children. Not smoking at all is by far the safest option.”

Another recent study found that daughters of women who smoke while pregnant have an increased risk of developing ovarian and breast cancer later in life.

Exposure to parental smoking in childhood is associated with increased risk of carotid atherosclerotic plaque in adulthood: The Cardiovascular Risk in Young Finns Study: http://circ.ahajournals.org/content/early/2015/03/12/CIRCULATIONAHA.114.013485.abstract?sid=97ecce8b-d3ee-4b4a-8004-3c67c8da942a
Parental smoking increases risk of future heart disease for kids: http://www.medicalnewstoday.com/articles/291277.php
Smoking in front of your kids may increase their risk of heart disease as adults: http://www.alphagalileo.org/ViewItem.aspx?ItemId=150865&CultureCode=en