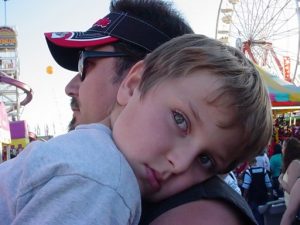 Suicide risk may run in families. According to a new study published in the journal JAMA Psychiatry, a suicide attempt by a parent with a mood disorder significantly increases the risk of suicide among offspring.

Although previous studies have noted that suicide attempts are highly familial, few studies have analyzed the link. For the present study, researchers including Dr. David A. Brent of the University of Pittsburgh Medical Center in Pennsylvania sought to examine the mechanisms and pathways by which suicidal behavior is transmitted from parent to child.

At the beginning of the study, the offspring underwent structured psychiatric assessments and completed self-reported questionnaires to establish the presence of any mental health disorders and suicidal behavior. The researchers then followed the offspring for an average of 5.6 years.

Prior to the study, 44 (6.3 percent) of the 701 offspring had attempted suicide. Over the course of the study, 29 (4.1 percent) made a suicide attempt. Of the suicides attempted during the study, 19 (65.5 percent) were first-time attempts.

After accounting for previous offspring suicide attempts and familial transmission of a mood disorder, the researchers concluded that offspring of parents who made a suicide attempt were almost five times more likely to attempt suicide also.

“In fact, impulsive aggression played an important role in increasing the likelihood of an offspring suicide attempt, but it did so by increasing the risk of the subsequent development of a mood disorder, which in turn increased the risk of an attempt.

Based on the findings of the study, the researchers recommend interventions that target impulsive aggression in order to prevent individuals at high familial risk from attempting suicide: “Future work should focus on the deconstruction of suicidal behavior into intermediate biobehavioral phenotypes to further elucidate mechanisms by which suicidal behavior is transmitted from parent to child.”