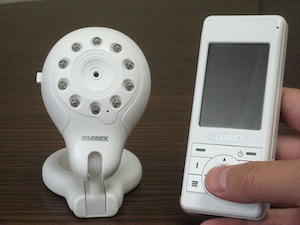 While parents would like to believe that baby monitors are the best way to protect their children when the parents are not in the room, the reality can be very different. That was the lesson learned this week by a mom and dad in Harris County, Oregon.

Marc Gilbert and his wife began using internet-based baby monitors to monitor their two toddlers. Over the weekend, however, they experience a disturbing event. It was at that time that a pervert hacked their system and began calling their daughter disturbing names.

Gilbert was shocked when he heard a voice inside his daughter’s room. He approached the room and heard the hacker say:

“Wake up Allyson, you little (expletive).”

The camera then moved after the hacker took full control of its operation.

Gilbert explains that the hacker knew his daughter’s name because of a plaque located next to her bed.

After pulling the plug on his baby monitor, Gilbert did some research and discovered that his router and camera were both likely hacked.

Allison was born deaf and never heard the man’s unacceptable talk because her cochlear implant was turned off as she slept.

Parents who require internet-based baby monitors should be sure to follow all proper internet enabled security protocols at all times. If you are not sure which protocols to follow, be sure to consult with the baby monitor’s manufacturer.