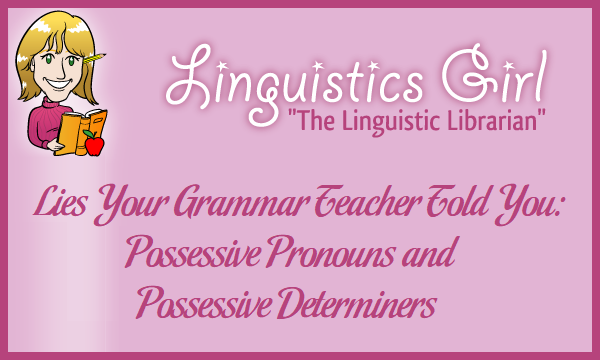 The internal structures, or grammatical form, that distinguish adjectives from other word classes are degrees of modification. Prototypical adjectives express three degrees of modification: positive, comparative, or superlative. The positive form is the base form of the adjective. The comparative form expresses a comparison between two entities in quality, quantity, or degree. The superlative form expresses the highest degree of comparison.

English has two parallel systems of comparison. The morphological system uses the suffixes –er and –est, with some anomalous forms. The syntactic system uses the adverbs more and most. All adjectives in English have a positive form. Many, but not all, have comparative and superlative forms. Determiners, on the other hand, do not vary in internal structure.

Possessive determiners do not perform nominal functions. Possessive pronouns do not function as determinatives.